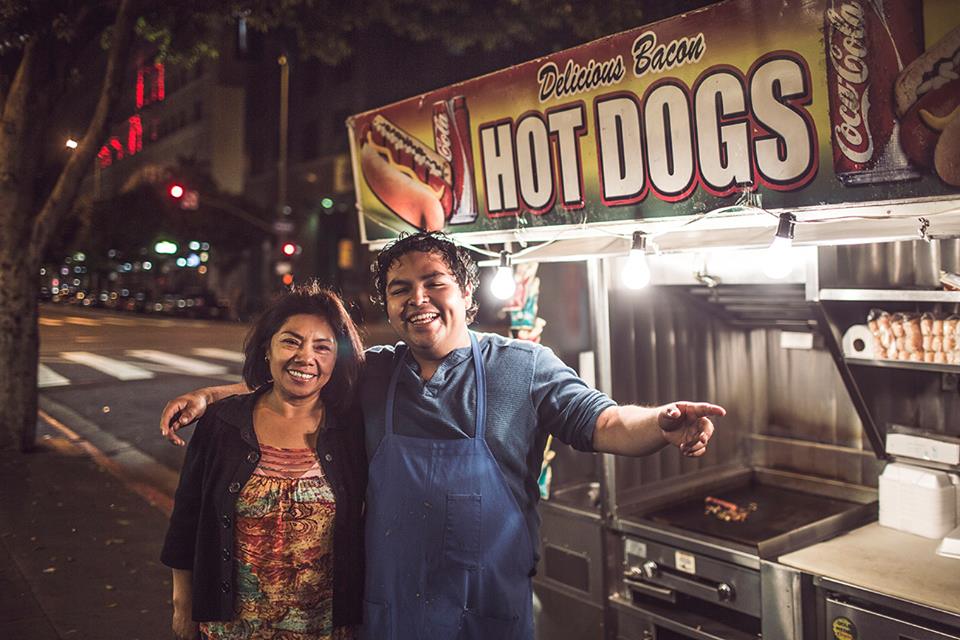 While in downtown, a homeless man asked me for some change. So I offered to buy him a meal. On that street there was a hot dog vendor. We walked over together and I got him a hot dog and a drink. I was gonna buy him potato chips too but he didn’t have any teeth. Then I decided to buy hot dogs for anyone that was walking by whether they were homeless or not. This created extra business for the hot dog vendor. While the mother was busy making hot dogs I started chatting with the son. He told me he suffers from insomnia. He is afraid to fall asleep because he has terrible nightmares where someone is trying to kill him. The only thing that helped him was getting on drugs. But the addiction got so bad he ended up in the Emergency Room. Now he is 4 months clean but he hasn’t slept well either.

Even though he was smiling his eyes were tired and weary. He is on the breaking point. At times he feels like he is going to lose his mind. Right now his only goal is to make it through another day.
The mother was happy to see us talking. She really worries about him and is hoping that he gets some kind of guidance. She brings him out to help her with the hot dog business. She works really hard. Starting from 6am till late into the night. 7 days a week. She hopes that through hard work he can learn responsibility and improve his life. They can be found near the corner of 7th and Hope. If anyone happens to be in the area come by and say hello to Susanna and her son John.