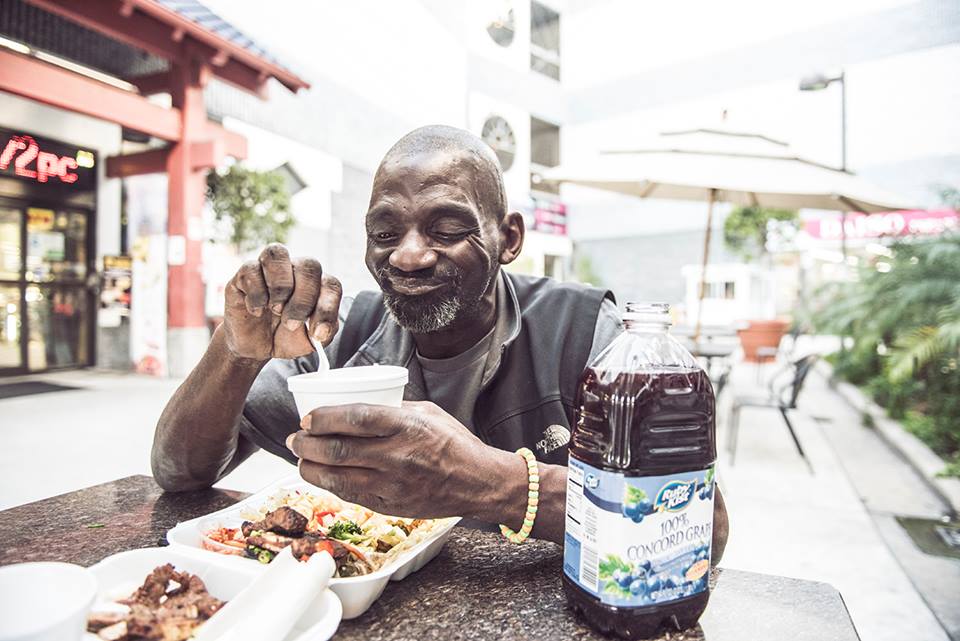 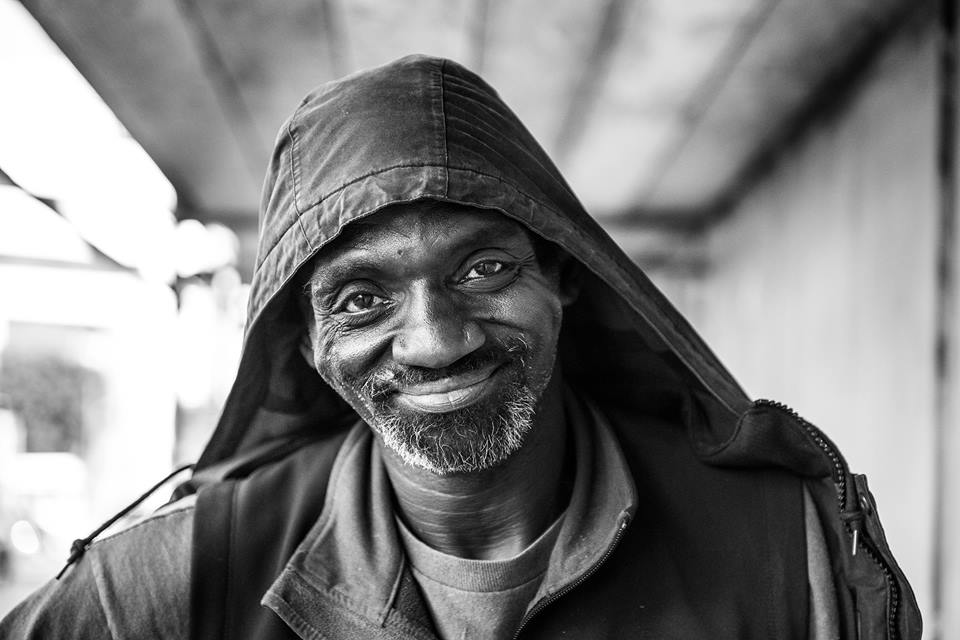 I spent time with my beautiful, sweet friend Walter. While we were in downtown, we saw someone give a homeless man some money, and the homeless man took it and walked away, without saying a word. Walter turned to me, visibly annoyed, “he could have at least said thank you.” For Walter, treating people with respect and courtesy is important to him. It’s easy to see why he’s liked by so many people on the street. Even shopkeepers greet him by name, and cars would pass by, honk, and wave at him. It’s amazing all the people he knows and adores him. We walked by dumpsters that businesses only give him access to. One homeless lady stopped and gave Walter some money, repaying him for the time he helped her. He’s always ready to help anyone, or just simply greet people with a smile. He’s one of the most genuine people I know. We went to get lunch in Little Tokyo at the Hibachi BBQ Korean Kitchen. 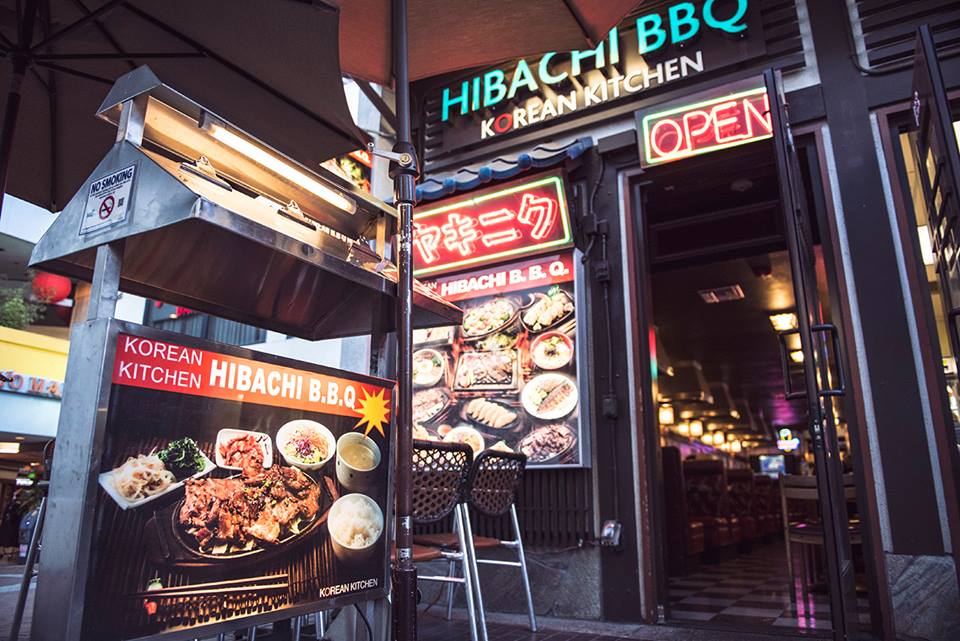 The owner Gina is a very kind lady who never charges me for food because she knows it’s for helping the homeless. The food is absolutely delicious, so please check them out when you are in the area! While we were eating, a little bird sat with us at the table and kept us company. 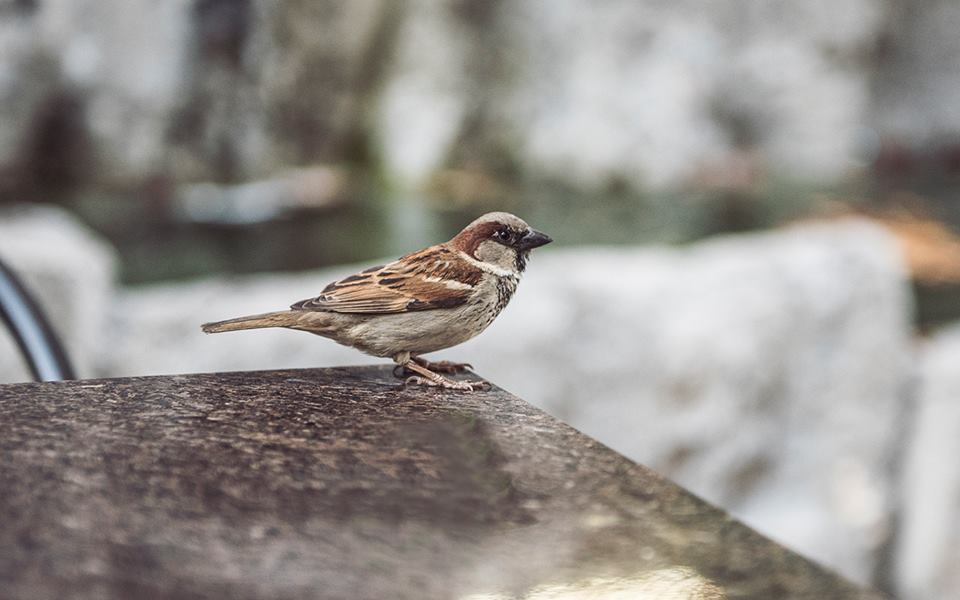 Walter loves kimchee, and he can eat the whole thing by itself, without eating it with rice, although because it was getting spicy he had to drink a lot of his grape juice.

When it was time to go, he walked me to where I locked my bike in downtown and kept me from going back to Skid Row. “I don’t want nothing to happen to you John. If anyone messes with you, I’m gonna have to go after them, you are a damn special good friend to me” he said. 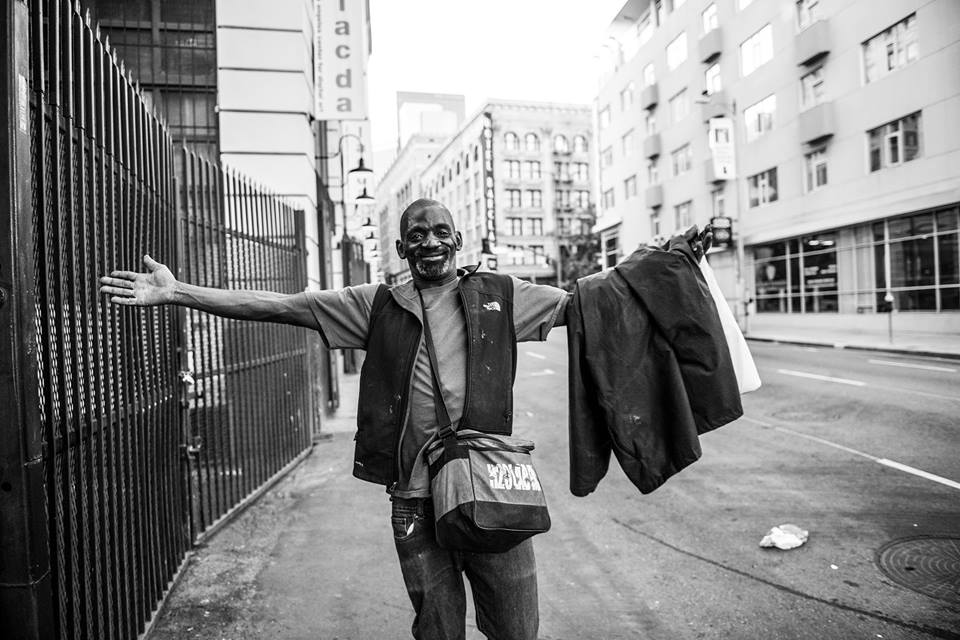 Then he gave me a big hug, and watched me from across the street as I rode my bike back to my car. From a distance, I saw him put his fist to his heart and he yelled “I love you!” And then he walked towards the shelter to sleep for the night.