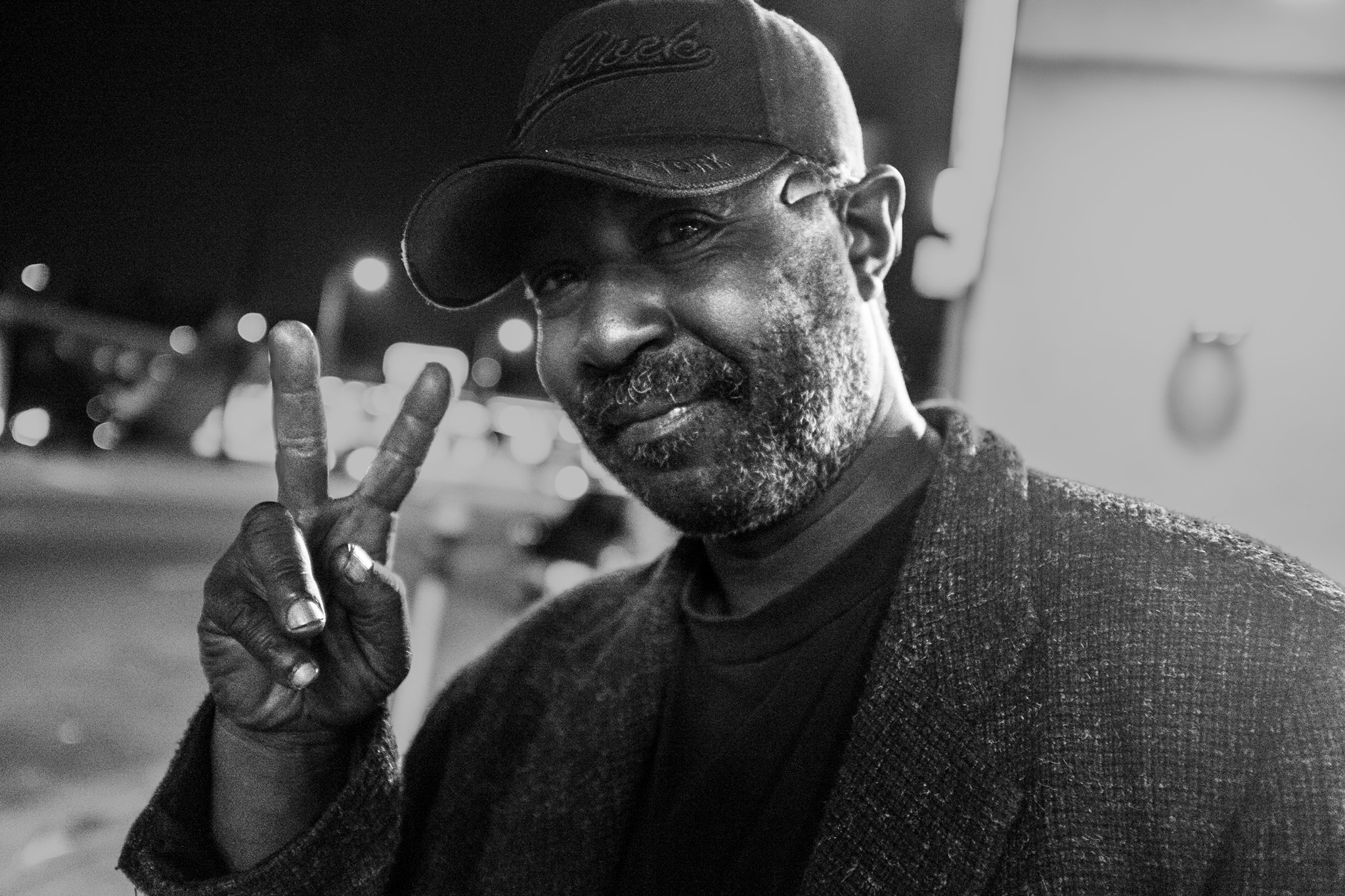 Last night, I was in Hollywood, catching up with some old friends. After I left the bar, I walked back to my car which was parked about a mile away. On the way, I saw an old man laying on the ground in front of Zankou’s Chicken, trying to sleep, without a blanket or anything. And it was especially cold last night. I went up to him, asked if he was okay, if he needed anything. Then out of nowhere, came this guy in the photo. His name is Tony. “Hey O.G.! What are doing on the ground? C’mon get it! Why you do that to yourself?!” The old man, I could tell was really drunk, he said “I can’t get up.” Tony, looked really frustrated and upset. “What is the matter with you? This young man wants to help you, and you laying there on the ground like that.” Tony and I both extended our hand out to him to help him up, but he refused to get up “I can’t I can’t” he said. I thought of picking him up from the ground, “should I get my car and take him somewhere?” I asked Tony. “No, he needs to learn his way” he said. So I suggested I at least get him some warm food, so we walked across the street to 7-Eleven. Tony still looked upset and frustrated, “why he do that to himself?” he said. So I asked him “Tony, why do you care about him so much?” he looked at me with teary eyes “because that was me before. I was an alcoholic too and it almost ruined my life, and he’s killing himself right now with the drinking.” I found out Tony is homeless too, he sleeps in a tent next to a market when it closes for the night. I got them some food from 7-Eleven, and we stood in front of the store talking. It was past midnight, and Sunset Blvd was mostly quiet. The few people that walked by he would greet, even in broken Spanish, “que paso?” He was a really friendly guy. At first he said he was from North Carolina, but the more I talked with him, his accent sounded Caribbean, so I asked “Tony, are you from Jamaica?” and he said “yeaaahhhh! how did you guess???” Another homeless man is walking on the other side of the street, Tony yells out “hey, check on O.G., he’s laying on the ground again.” and the man replies “yea, I’m gonna get him a blanket.” and I saw him attend to the old man. Then one young guy runs by and says to Tony “hey man, the car is still running great, thanks a lot!” I found out that Tony makes a living fixing cars. Every morning, some Armenian guys pick him up and take him to their auto shop and he does work for them. He was explaining to me all the stuff he does with cars. “I am trying to save up some money, get my own place, and start my life again” he said. As we said our goodbyes, he gave me the biggest bear hug and said “youngster, if you have any problems with your car, I will fix that shit for you, come and look for me.” And he went over to check on the old man.