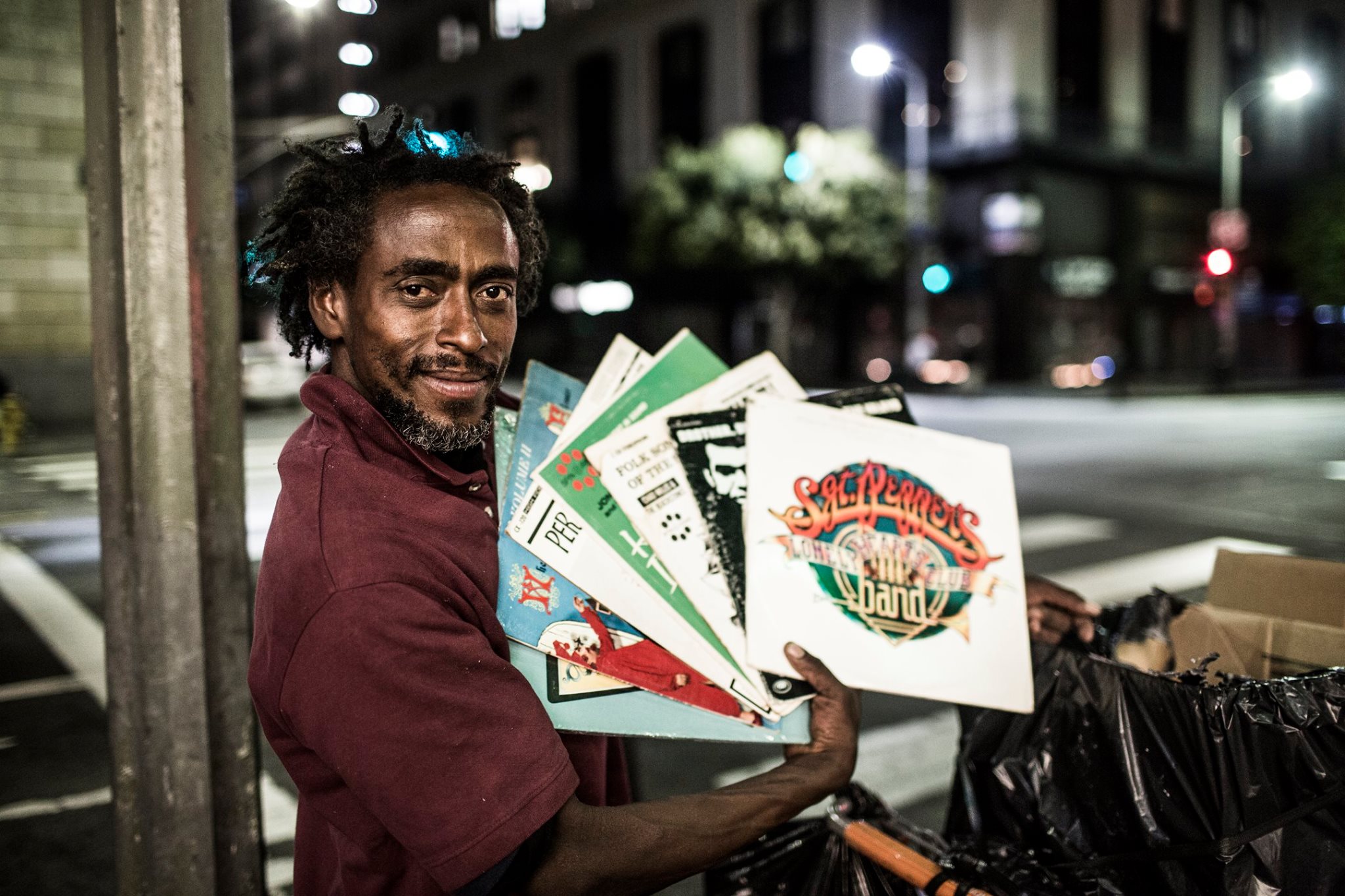 As I was skateboarding around downtown, I heard a familiar voice calling my name “John!” It was my friend Terrance whom I met in Skid Row but I hadn’t seen in months. We gave each other a hug and started to catch up. He was pushing his shopping cart loaded with stuff on the street along with the passing cars because the sidewalk was full of pedestrians. ‘Street etiquette’ he called it. We walked past the throng of crowds waiting in line to get into night clubs and fancy restaurants packed with fancy people. It was a saturday night. There was a time when Terrance was one of them. He graduated from UC San Diego years ago and had a great promising career. But drug addiction did him in. Terrance is very intelligent. And years living on the streets made him quite resourceful. He has made “dumpster diving” into a science. He has a precise route that he goes on, he knows which dumpsters have certain items at particular times throughout the day. We walked for miles, meandering through various alley ways and back streets. He has amazing endurance from his days of being an avid cyclist. He recently ran a half marathon. Maybe the only homeless man to be competing in the event. Tonight’s dumpster finds included a collection of old vinyl records and DVDs. He gave me a DVD of the The Princess Bride, a movie we both loved back in the 1980s. It was fun to quote memorable lines and talk about our favorite scenes from the movie. As we parted ways, we gave each other another warm embrace and I skated back to my car and Terrance disappeared into an alley way. 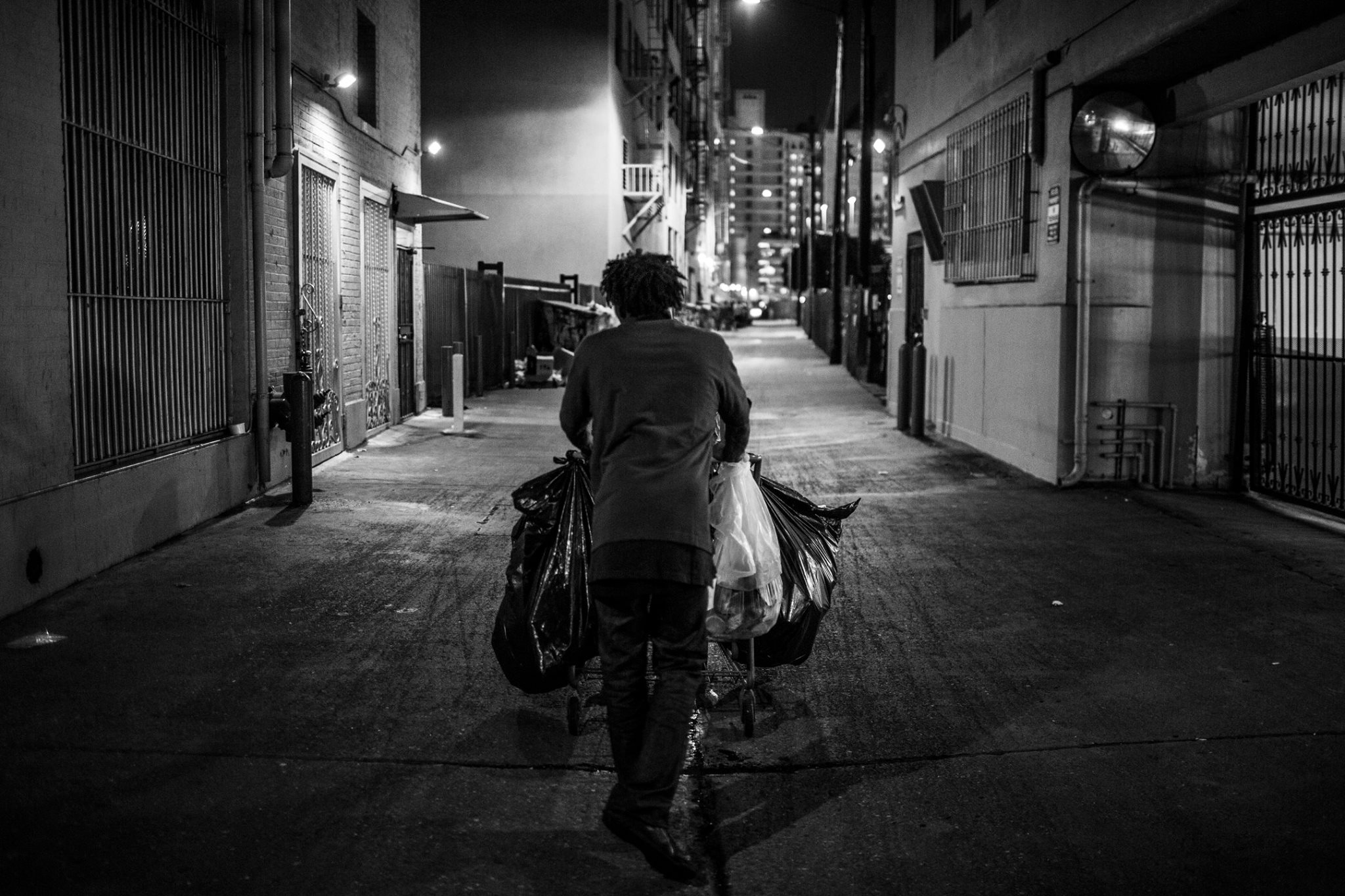