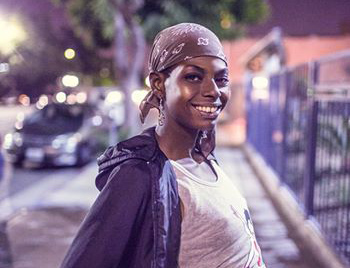 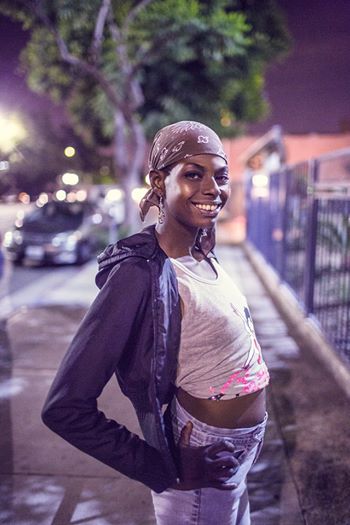 She had a slight limp. Her cane helped her to walk, but it also gave her a certain style. Irene has a bright personality and a beautiful smile that can light up the night. She goes by the nickname TT which stands for Triple Trouble. She’s been living in Skid Row since 2002. Her love was basketball. She was talented enough to attract WNBA scouts, but a devastating hip injury ended her hoop dreams. She grew up in Queens, New York, in a tough neighborhood with few ways out. She also suffers from hearing voices. She thinks she may have schizophrenia.

A sense of hopelessness led her to drugs, becoming addicted to crack cocaine. She did anything she could to make money, things that she felt ashamed about. I gave her food to eat which she was grateful for. I listened as she shared her life story; her past hurts, regrets, dreams, and passions. After we talked for some time we sat quietly on the curb, watching the people go by.

Then I asked her “in the 12 years you’ve been living on the street, what was the best day you’ve had?”

After a few minutes, she looked at me and replied;
“Today….because of the way you treated me.”