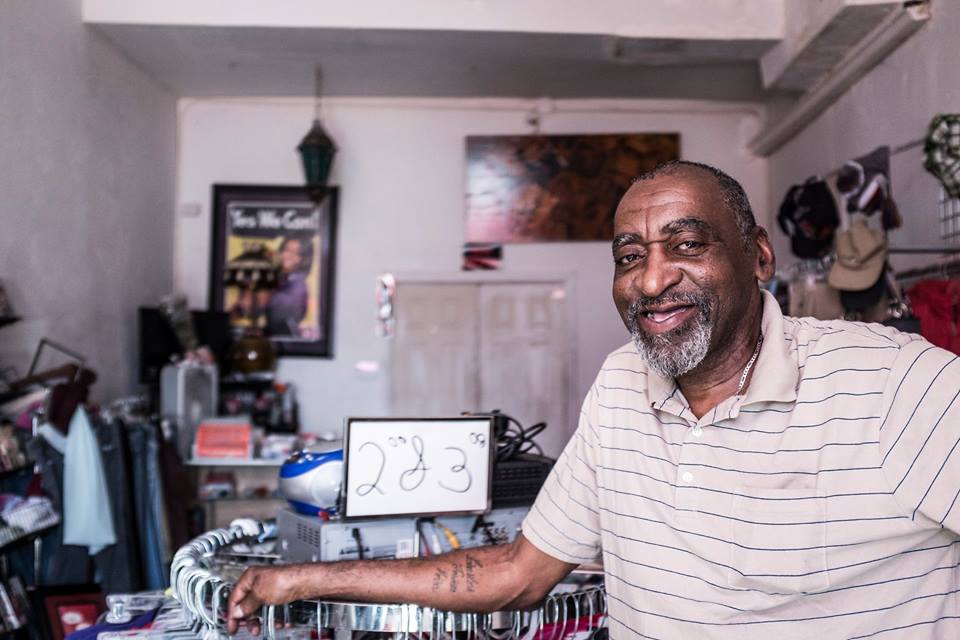 Near 7th and Kohler Street just at the edge of Skid Row
is a small thrift store owned by a man named Charles who also
goes by “ChaCha.”
He was a drug addict and was homeless for most of his young life.
In and out of jail, his life was going no where except sleeping in an alleyway. The 10th time in the penitentiary Charles made the decision to turn his life around. Once out of jail, he started living in a residential motel. He got married and started a family. Over the years he saved up enough money ($10,000) to purchase the store a few months ago.
Many Skid Row residents come into his store to purchase items they need, as well as chat with him. Some people who come into his store can’t afford to pay for things, so he will give it to them for free.
Charles has never forgotten where he’s been.
Everyday he opens the store, he walks by the very streets he slept on.
From the front door of his store, he pointed to a dumpster
down the street and said “I ate from that dumpster everyday
for 20 years”
He knows what it feels like to have no home, no dignity, and no hope.