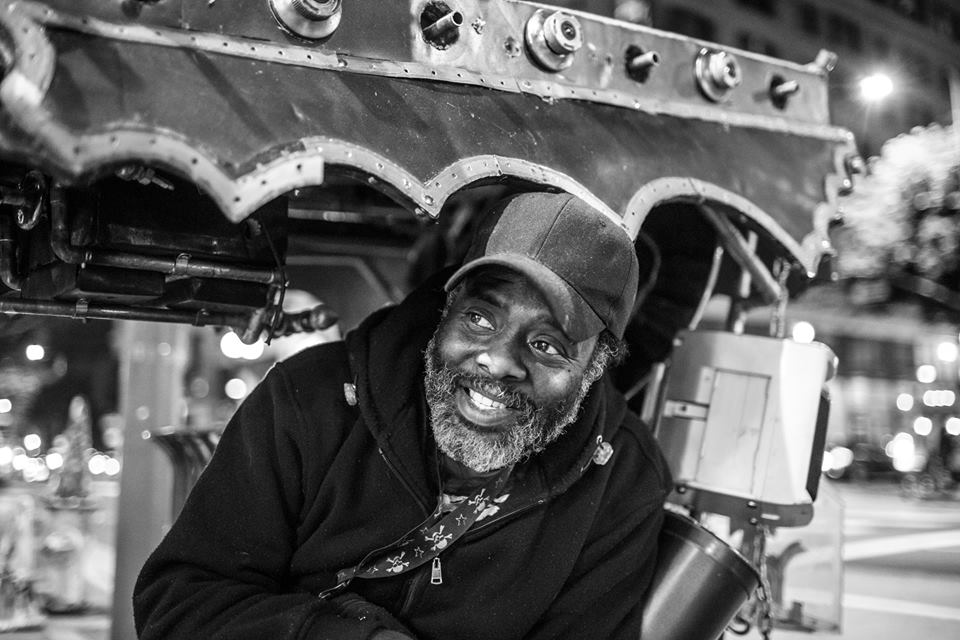 For 30 years “Smitty” worked as a plumber. It was more than a job. It’s who he was. Plumbing was all he knew. Until diabetes took a toll on his health. He not only lost his left leg, but also his identity. Who would hire a plumber with one leg? The jobs disappeared. He became too much of a liability for anyone to hire him. He is on the verge of being homeless. But rather than giving in to despair, he decided to put his mind and energy to a special project. He turned his wheelchair into a work of art. Utilizing his experience and knowledge in plumbing, Smitty used over 300 feet of pipes that will spurt out water from all over his wheelchair creating a “water show.” He spent the past two years, day and night, toiling away on this project. It gave him a sense of purpose and meaning to life. At the downtown Art Walk, he unveiled finished masterpiece. “I know I don’t have much time left, I’m almost 60 years old, I have diabetes, I am jobless, and close to being homeless. I put everything of myself into this project. Let’s see what happens…” 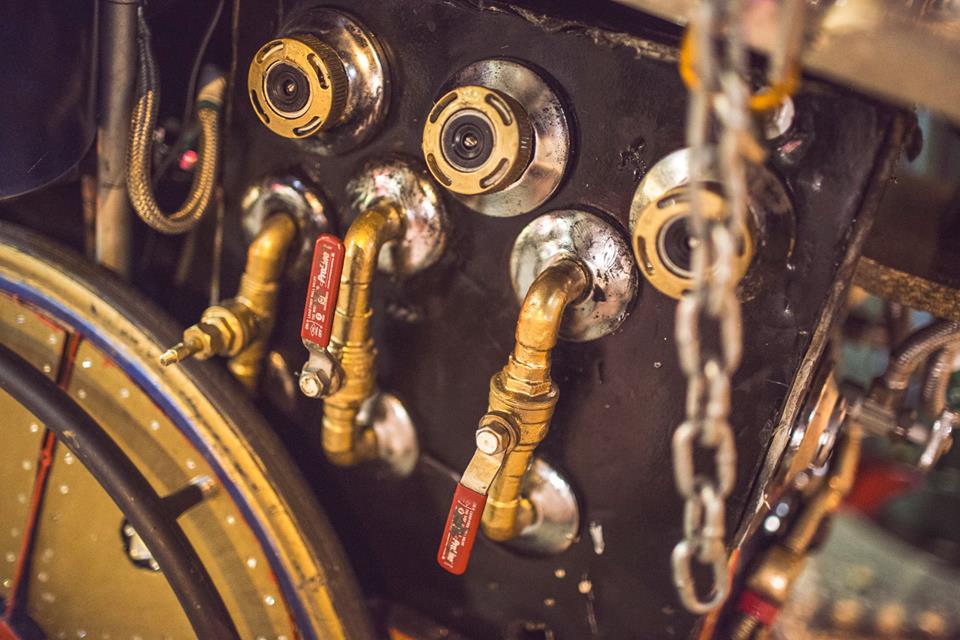 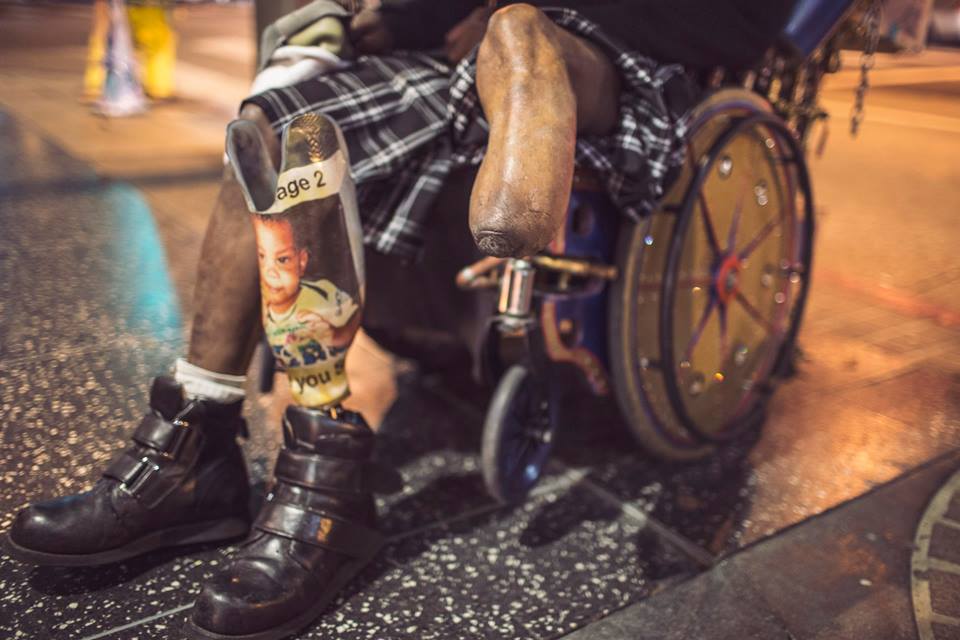 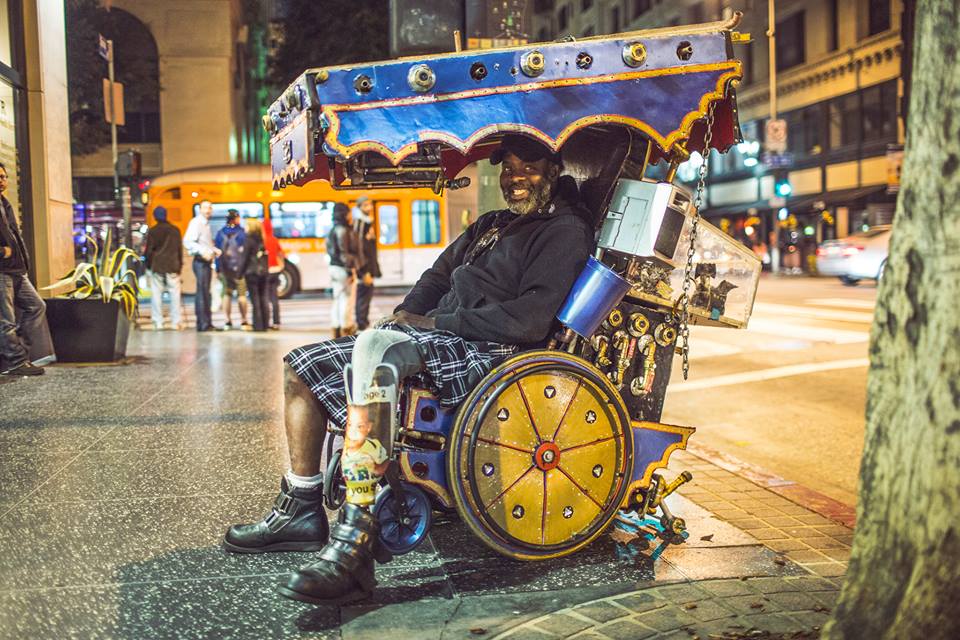