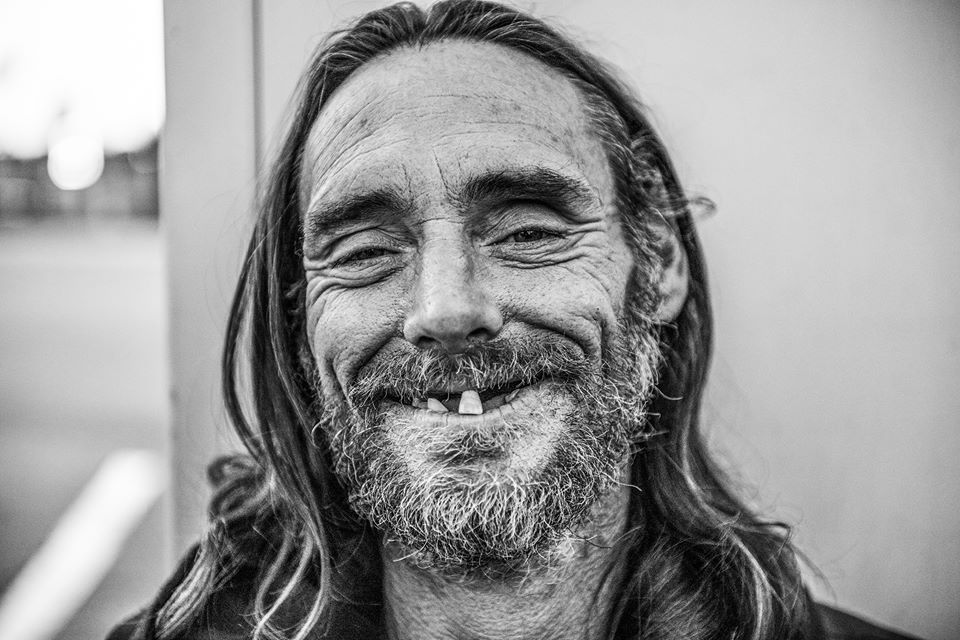 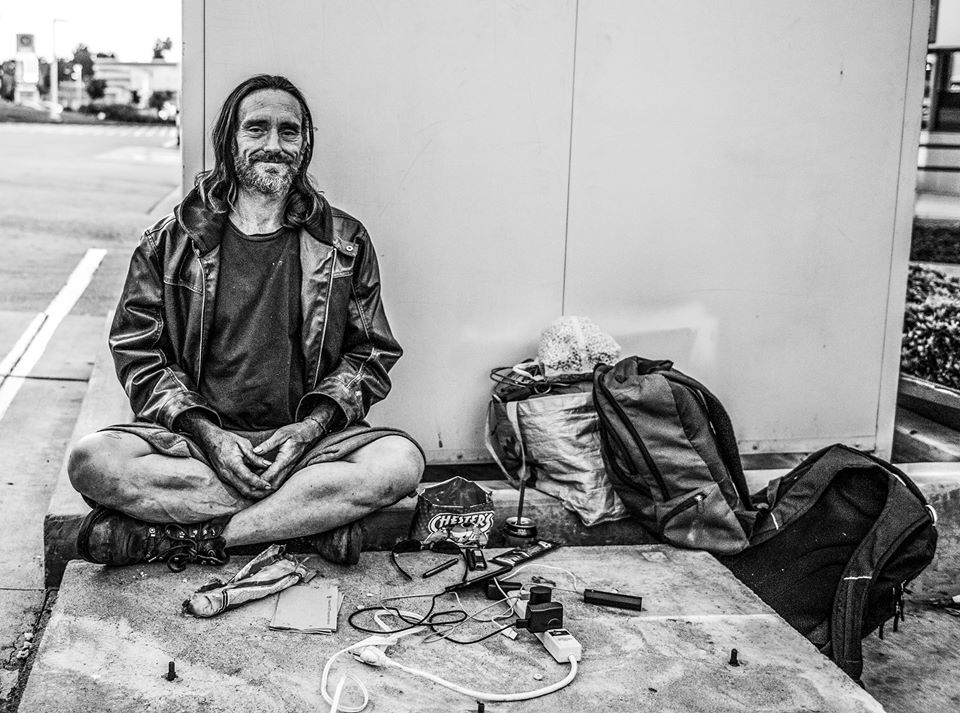 I first saw Tom sitting alone behind a gas station in Rowland Heights. I got him some dinner and sat down with him. He seemed to really appreciate having company. He showed me some of his beautiful nature paintings. I could see his sensitivity through his art work. He admitted that he gets lonely often. I sat with him for a while listening to him share about his life. “I feel very comfortable talking to you” he said. Tears would roll down his eyes as he opened up to me. “Some days I get scared like I’m losing my mind” he said. Tom has several people in his family who suffer from mental illness. “I dealt with depression most of my life, but I’m starting to get paranoid too” he added. Tom started running away from home since he was 12 years old. He got into drugs because of peer pressure. “I always had problems with low self esteem” he said. After he got released from jail for drug use, he’s been sleeping at a park or behind a gas station. Out of respect to his mother, he doesn’t want to live with her. “I don’t want to be a burden to her anymore. I gotta figure this out on my own. I can’t keep living like this, I’m gonna end up dead on the street one day.” For now his only solace is his love for painting. I kept him company till it got late and he had to find a place to sleep for the night. When I took his photo he said “I don’t normally smile for anyone, but I’m smiling for you.”