He was reading a book on the steps under the shade. He had a welcoming smile and he asked me to sit with him. He was so articulate, well-read, and seemed to know about so many things. We had such an engaging conversation, and he was a great listener too. He had this brightness about him that also masked the sadness in his eyes. I learned that he ended up on Skid Row because of depression. He is not addicted to drugs and he hardly touches alcohol. His depression was so severe that he couldn’t function in life. “I am not living, I am just simply surviving right now” he said. Later that day, I ran into one of my friends who lives on the street who also happens to know him. “So you met the professor today” she said to me. “I did and I was so impressed by how intelligent and articulate he is” I said. Then she responded; “he has a doctorate from Harvard Law School.” 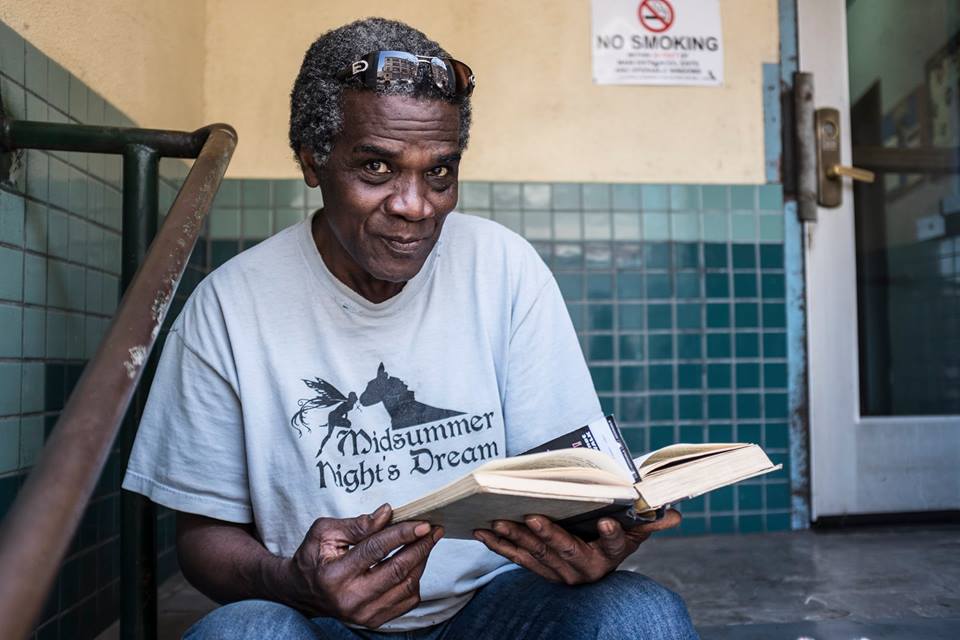