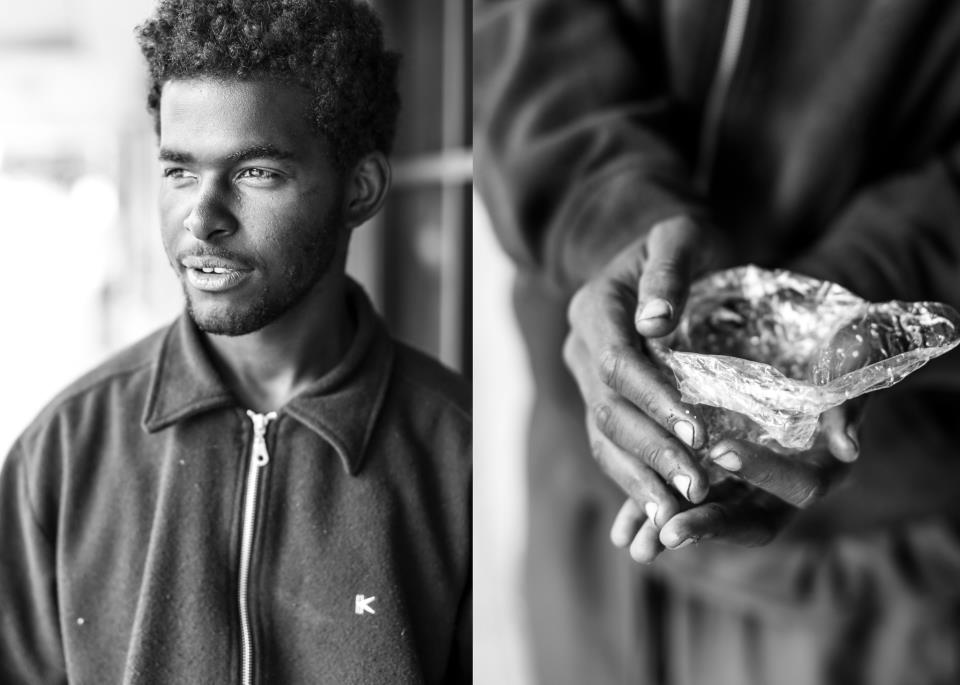 I often see this young man wandering the streets by himself. I once inquired about his family, but he replied “I like being alone.”  This photo was taken when I first met him about a year ago. He was holding onto some plastic wrapping, and when I asked him about it, he explained that someone had bought him bread earlier, and because it was so good, he kept the wrapping to savor the smell. I recently saw him again, and took him to get something to eat. We went to a little market in downtown. I had my bike with me, and he told me to take the bike inside, because he didn’t want it to get stolen. I appreciated his thoughtfulness. I told him he could get anything, but he just wanted 2 bananas and an orange. We walked together for a few blocks, and we made some small conversation. I asked him about what makes him happy, and he said “I love cars, one day if I get off these streets I wanna be a mechanic.”