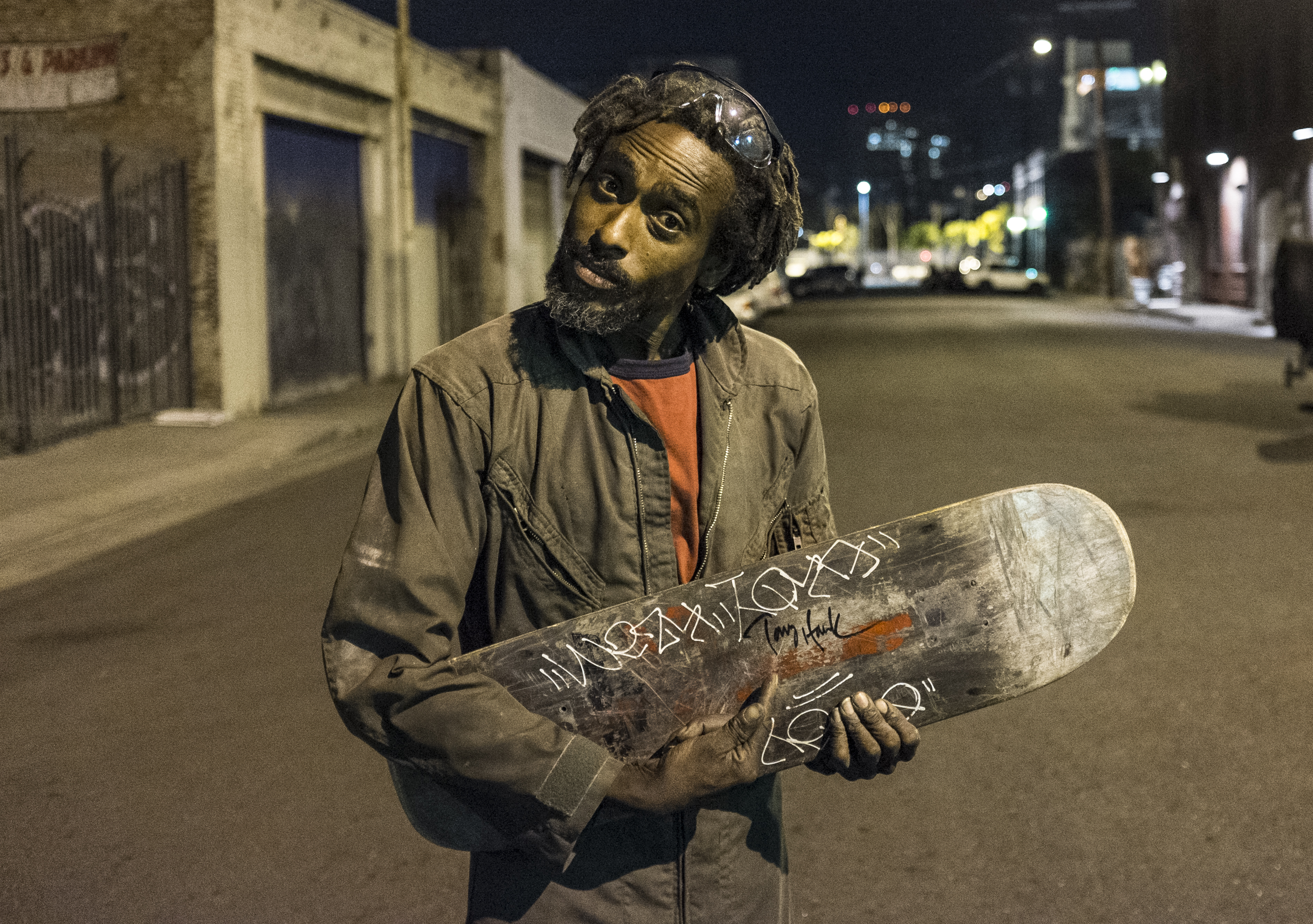 When I was growing up, I was really into skateboarding.
Actually, I was crazy about it.
So feeling nostalgic, I got an ‘old school’ skateboard. For those of you who know about skateboards, I got a Jeff Kendall graffiti Santa Cruz deck, the same one I rode as a kid back in the 1980s.
I was riding it everywhere, even though my 40-year-old legs weren’t quite the same as when I rode it as a kid, but still it was so much fun, bringing back so many memories.
Then not too long ago, I met someone living on the street, who used to be a skater too, and to cheer him up, I gave him my board.
Even though it felt like I was giving part of my soul away, it made it worth it to see the guy happy.
Then recently I ran into my good friend, Terrance, who is also homeless.
He was just coming back from the recycle center.
As soon as he saw me, he rushed over with his shopping cart, and from the many things in his cart, he pulls out an old skateboard deck and points to the signature in the middle and says, “What does it say right here?”
I immediately recognized it.
“Tony Hawk!”
And he’s like, “Bam! You got it! This is for you, my friend!” And he hands me the deck!
He explained to me that he found this old skateboard deck a while back and then, just a few days later, he ran into Tony Hawk in downtown and got his autograph.
Since Terrance knew how much I was into skateboarding, he was holding onto the deck until he saw me again so he could give it to me as a gift.
I really wanted to cry when he handed it to me.
Because it made me think of all the beautiful and generous people I’ve met here in Skid Row.
People who would turn over their shopping cart full of stuff so I could sit on it as a chair rather than on the ground, or who would offer me whatever food they had, or their only jacket or blanket on a cold night… even offer to give me money.
People with so little, giving what they have.
Terrance reminded me that love can come from the most unexpected places.