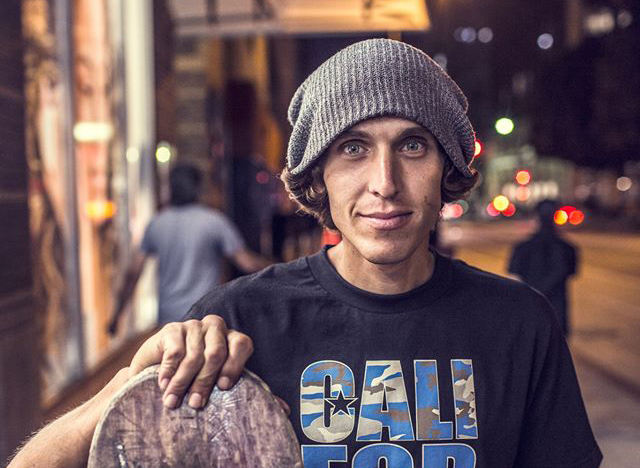 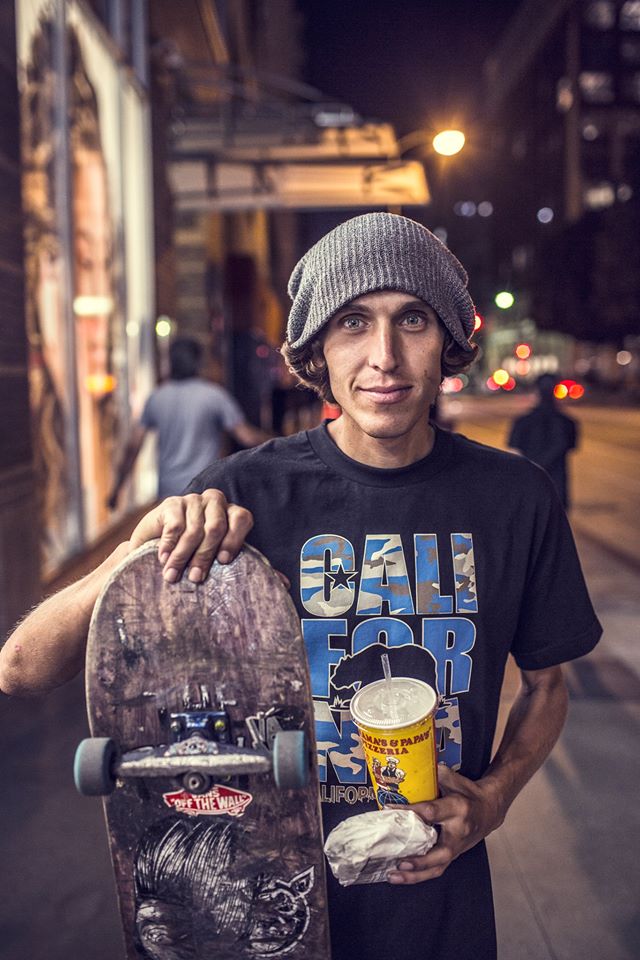 “Excuse me can you spare 50 cents?” he asked,
I replied “Why not ask for more?”
He answered “I thought asking for a dollar would be too much.”
“Then why don’t I take you out to dinner?”
“That would be great!”
Sean grew up in St. George, Utah. 6 months ago, he came out to California on a greyhound bus with a promise of a job. When the job opportunity fell through he ended up living on Skid Row for the past 2 months, sleeping on a card box near the LA Mission. He’s been mainly eating from the dollar menu at McDonald’s, so when I took him to this nice pizza place in downtown he said that it was the best food he’s had since he’s been here. We sat together for a few hours, sharing life stories. We talked a lot about skateboarding since I used to be a skater when I was younger. Sean was genuine, polite, and had great manners. He grew up Mormon but wasn’t too involved in church. He came out here to see more of the world. He’s close to his family and keeps in touch with them regularly by calling them from one of the demo phones at the T-Mobile store. His mom urges him to come home, but he says that he’s not ready yet. He enjoys the variety and diversity of LA. It seems like he is looking for something, but he’s not sure what it is. “Maybe one day I will open up a skate shop.”