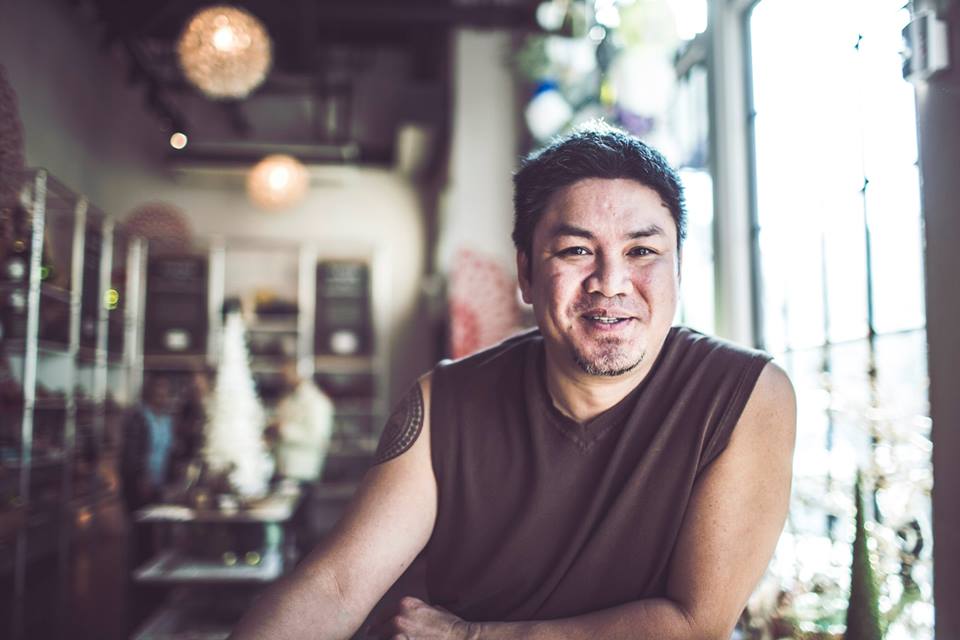 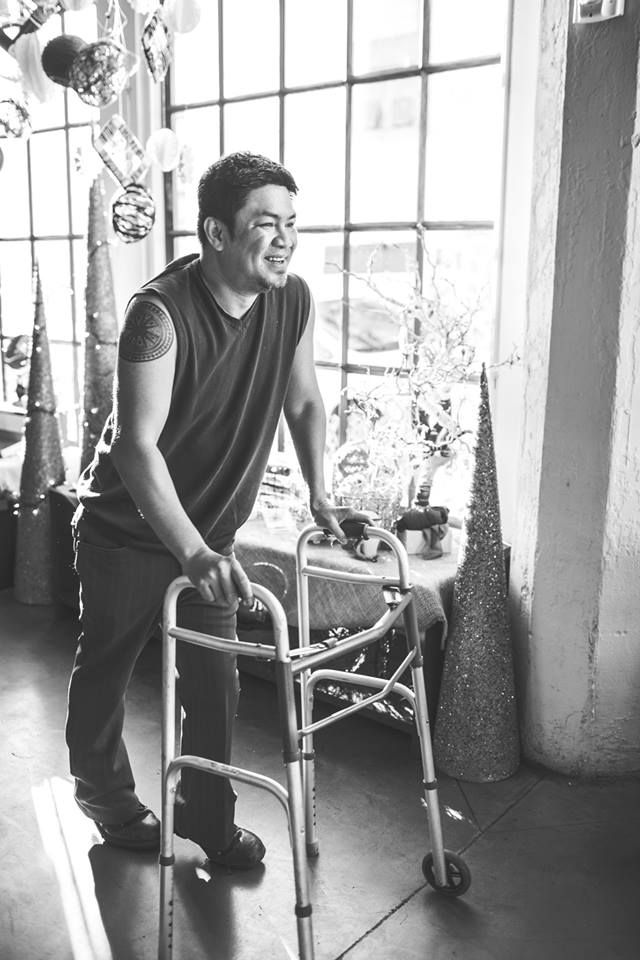 When my friend Van was 18 years old he was in a car accident that left him paralyzed from the neck down. Many doctors thought he would be wheelchair bound. He went through a period of depression and isolation. With rigorous rehabilitation, determination, and soul searching Van is able to walk, live independently, and accept his who he is. However “who he is” is not determined by his condition. Van has a big heart of compassion. From his experiences with disability he became more empathetic towards the outcasts and marginalized of society.

He works for a non-profit organization that helps underprivileged children in Asia who are vulnerable to child trafficking and exploitation. Van also has a strong desire to help the homeless. But one of his fears was he felt at risk due to his disability to walk the streets of Skid Row alone. So we met up in DTLA to go together. Van brought with him a large bag full of sweaters, gloves, and beanies to give out so people can stay warm during the cold winter nights. His sister even hand knitted the gloves for Van to give out. Instead of simply giving them out to random people, we thought it was better to first build connections with the people and then give the items out as a gift from a friend. Since Van was a chess player, I thought that was a great way for him to connect with some of the friends I have on Skid Row. 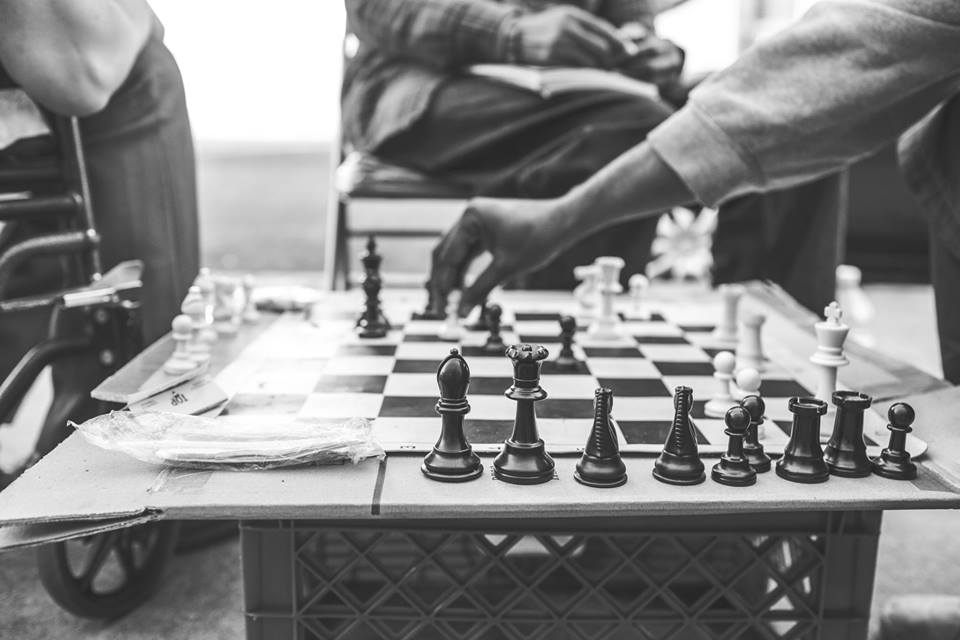 The guys he met were gracious hosts. They offered us food to eat and chairs to sit on. We were treated like guests in their “home.” 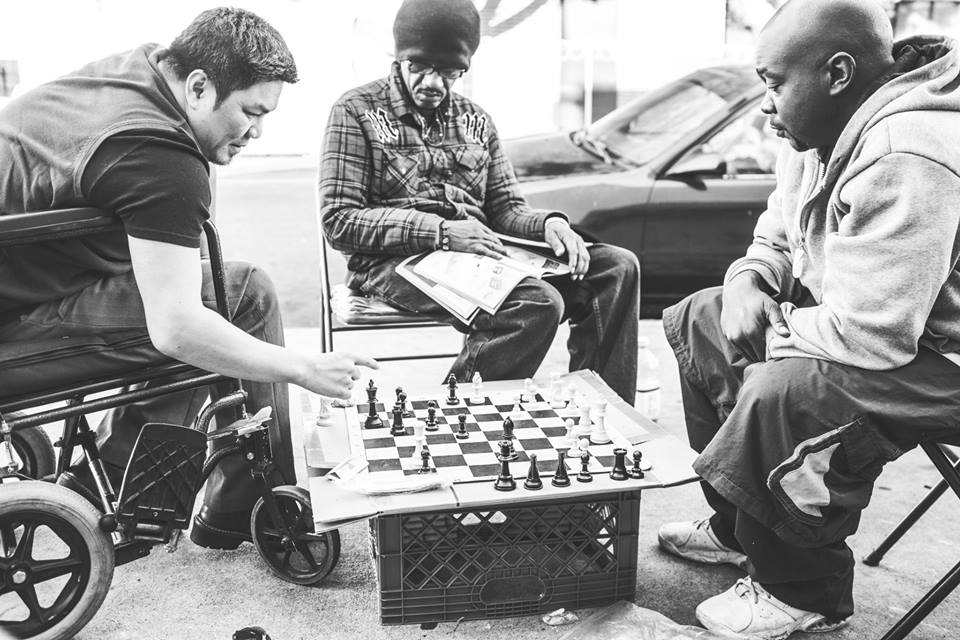 It was great to see Van able to bond with the guys through playing chess. 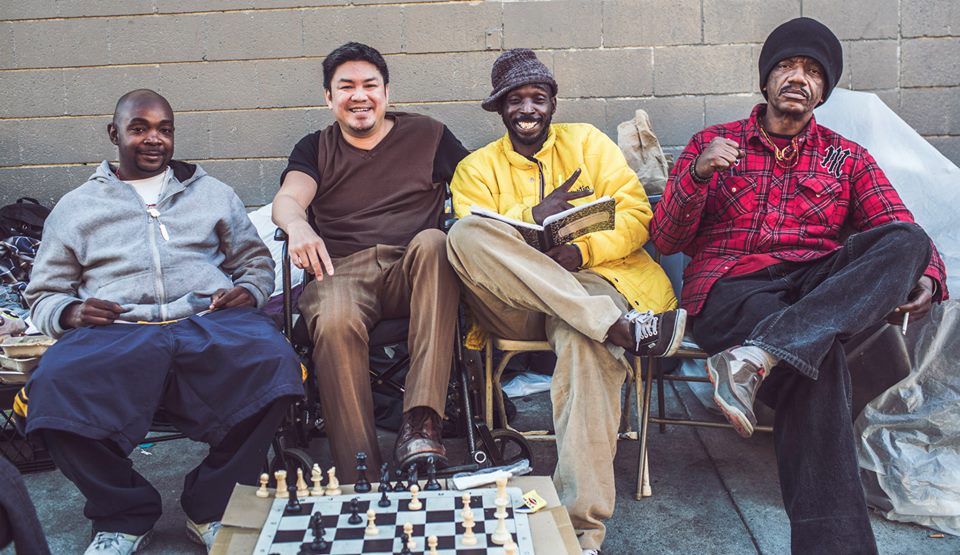 They laughed, shared stories, talked politics, history, and simply enjoyed each other’s company. Van was able to give the clothes to them. And they received it with much gratitude and appreciation. But Van also got something in return. He gained new friends, overcame some fears, and experienced a feeling of peace that comes from a beautiful connection with a fellow human being.