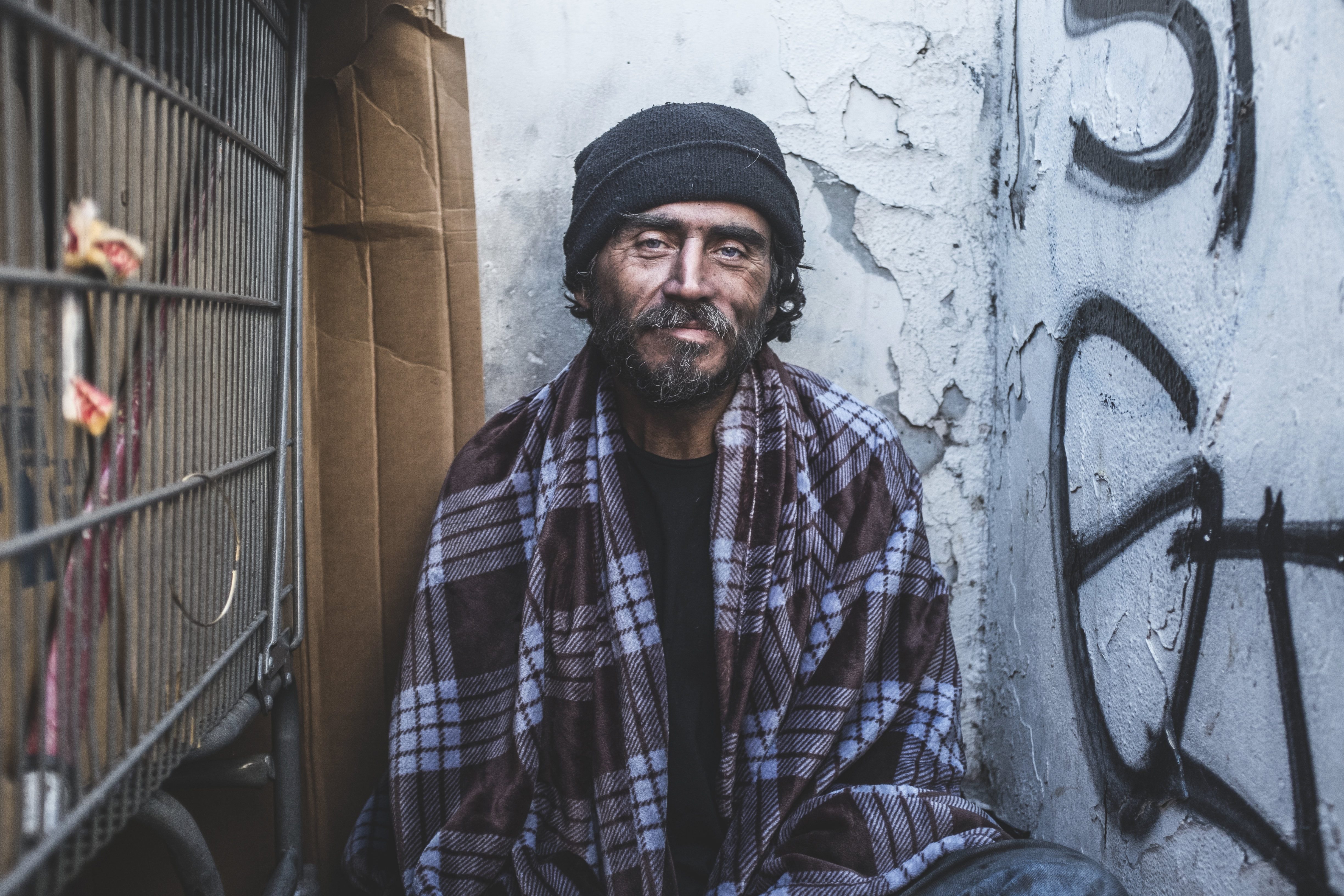 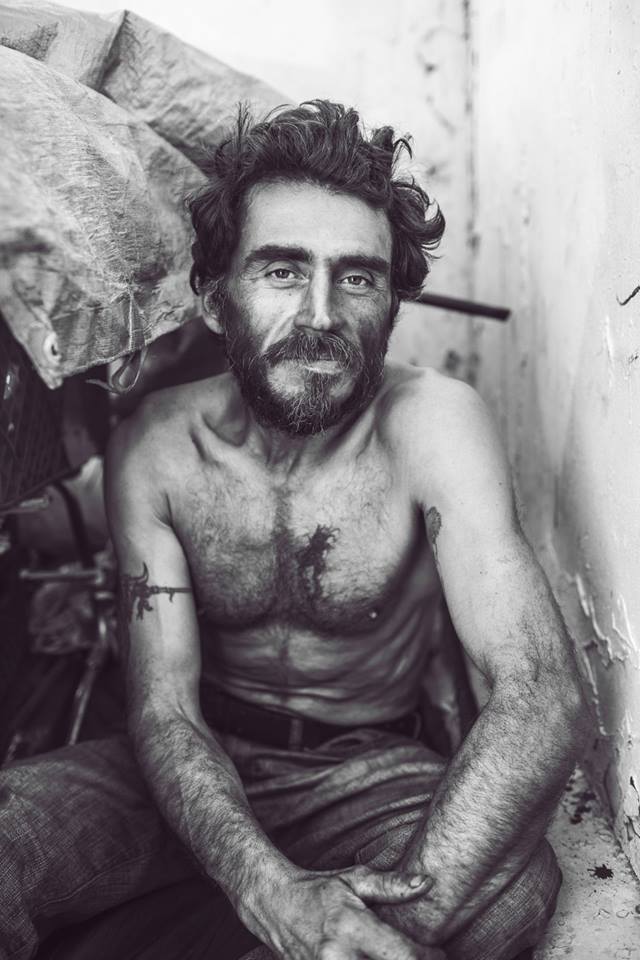 “Take a shower! You stink man!” the gang of kids would yell, sometimes throwing rocks at him as they sped by on their skateboards. But even worse was when he woke up to someone urinating on him. The burly man would say to him “where you sleep that’s my shit hole.”
Quinn deals with humiliation, along with loneliness, hunger, and despair.
Yet he strives each day with a smile. A new day brings some glimmer of hope.
He holds onto his integrity and self-respect by refusing to beg or panhandle. When the general public has gone home, he roams the dark empty streets looking for recyclables. He prefers not to be seen. To be invisible. Out of sight. In respect for others and perhaps for himself. During the day, he never crosses north of 3rd St. As if there is an invisible wall there. Because north of 3rd St is where the well-to-do live. Staying within the confines of Skid Row because that’s where he won’t be looked down on… 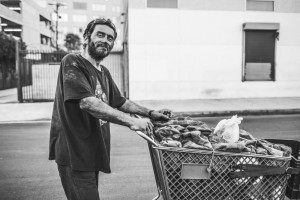 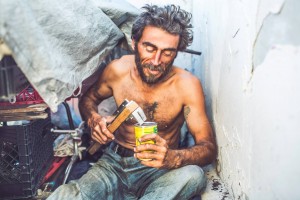