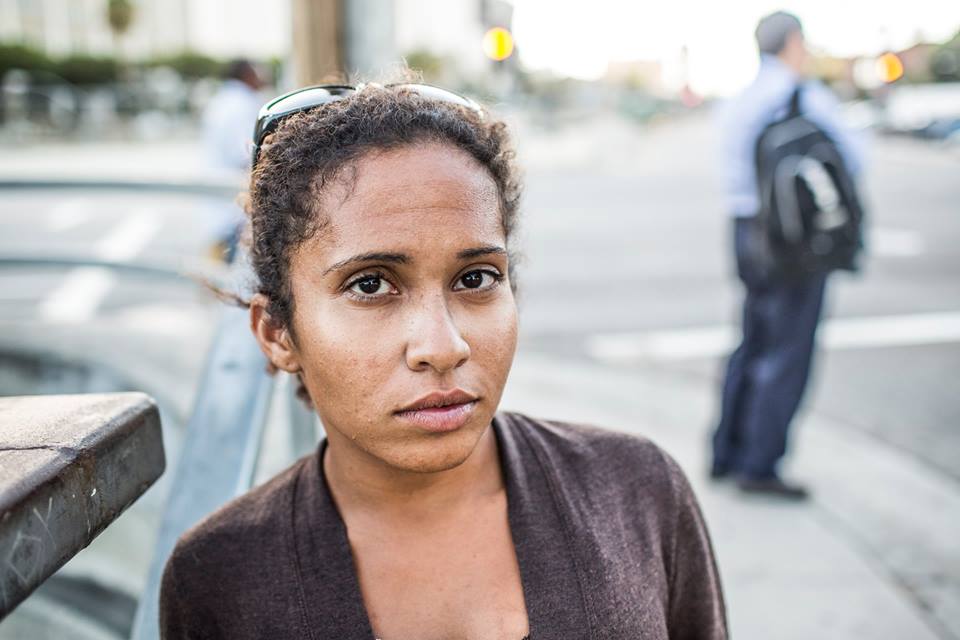 She did it for love. Her whole life, she never had a boyfriend. She is barely 4 feet tall. But “Jane” is hard to miss as she stands on the street corner waving at cars, wishing everyone a beautiful day. She says she does it for good karma. Jane has been homeless for the past two years. Sleeping near the Union Station, away from Skid Row.

When she was 19, she met a boy in Arizona where she grew up. She was convinced he was the love her life. She was so convinced of it, that she did whatever he wanted. Including become a prostitute. As it turns out, this boy was a pimp. And he brought her out to California to be one of his prostitutes. She said at first the money was good. People would pay $500 to sleep with her. But it didn’t last. As the boy dumped her and took all her money. Being alienated from her family, no friends, no money, she was left to fend for herself on the street.

She says that it’s been difficult to find a job because of her dwarfism, and now she is becoming blind due to her condition.

Which leaves her little choice but to rely on the kindness of strangers for donations.
Even though she has a lot of regrets, she said she has learned a lot living for two years on the street. One day she hopes to go back to school and make something of her life. In the meantime, if you see her waving at you on the corner of Alameda St. off the 101 freeway, wave back and say hi. Because more than anything, she just wants to feel love.