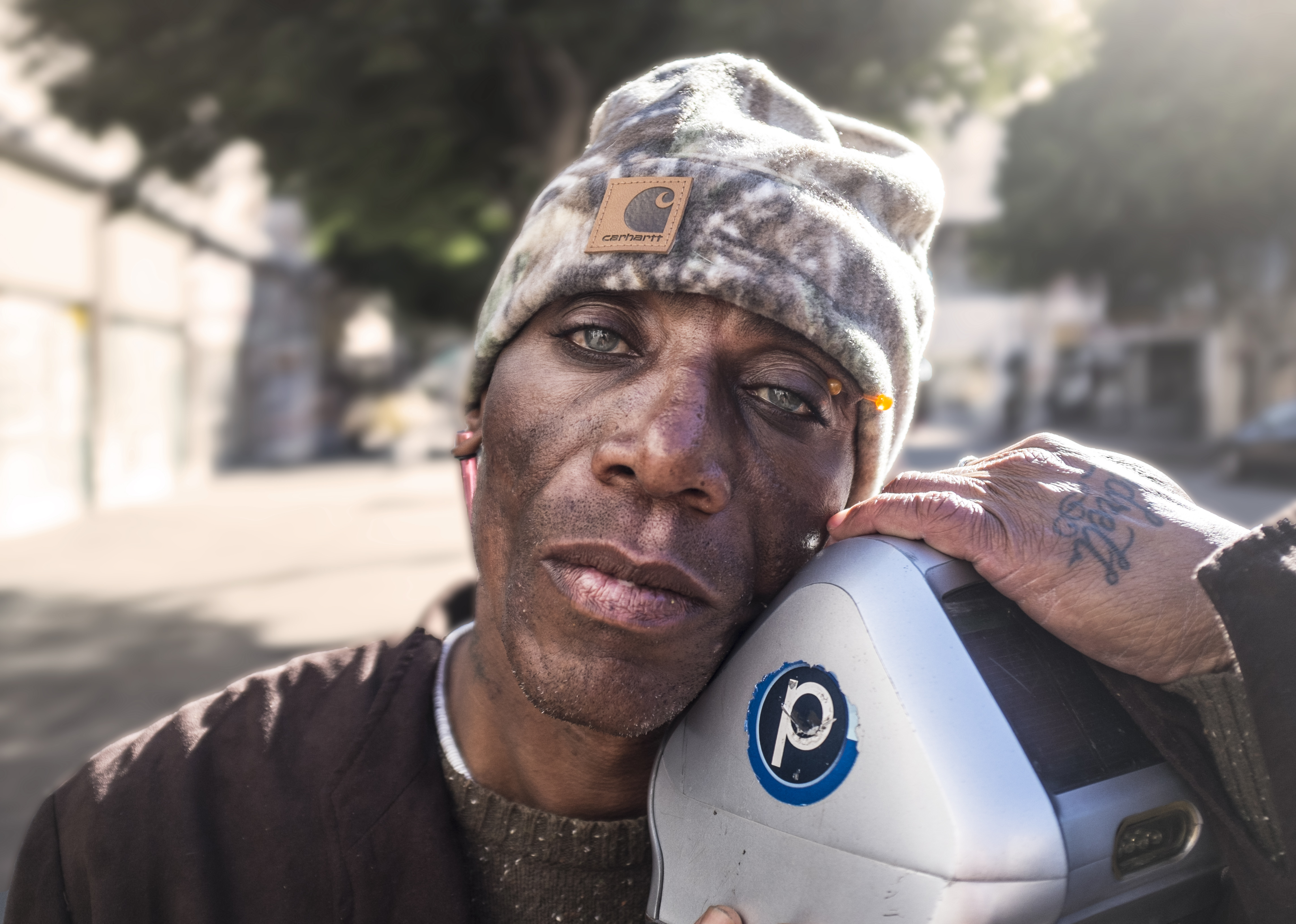 I complimented Danny on his gorgeous hazel eyes. “My mom told me when I was a kid, that my eyes will get me into trouble” he said laughing. And Danny certainly lived an exciting life. When he was 19, Danny came out to Los Angeles from his native Arkansas to get into fashion design, and he met a man who was a costume designer for the likes of Michael Jackson, Sheila E., and Prince. They were lovers for many years, living the Hollywood Dream. But the dream eventually faded away. Today, I met Danny sitting in front of the Midnight Mission. It was 37 degrees this morning. “Last night it was so cold a few us had to huddle up together to sleep” he told me. I asked Danny out to breakfast. As we were walking through Skid Row, we passed by many of the homeless, he explained “there’s a lot of people here because of mental illness, addictions, and some because they’re trying to hide from someone.” So I asked him; “why are you here, Danny?” He said; “Because of drugs and loneliness…”  He explained that after he broke up with his lover, things went down hill for him. “There’s a lot of damaged people down here” he said. We ate at a small, mom and pop cafe in downtown. “You’re easy to talk to, John” he told me “you have this personal way about you, coming by yourself, talking with us, learning how we feel.” I could see how much it meant to him to have someone to talk to, someone there to listen. As we shared stories of our life, the things that make us happy, our dreams, our passions, I felt this warmth and energy that comes from real genuine connection. Danny, also seemed different, that there was something upbeat and positive about him. So I asked him; “Danny, you have this brightness about you, how do you keep yourself from getting down, especially being out here in Skid Row?” Then he said with a smile “because I know there’s always someone worse off than me.”