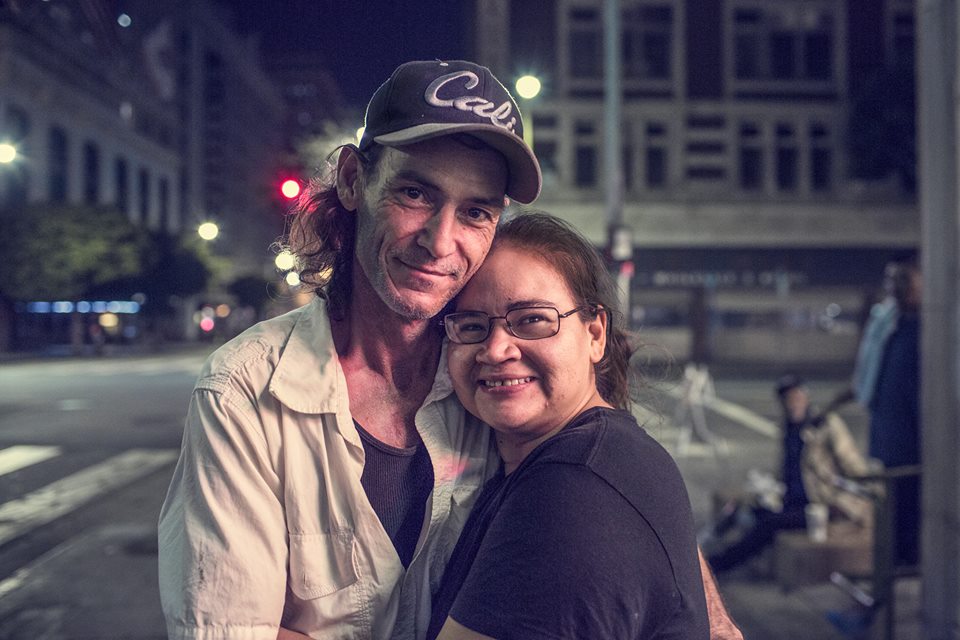 Amber would run to Billy whenever her boyfriend beat her up really bad. She was in an abusive relationship for years. Nothing came easy to her. Her mother was an alcoholic and Amber was born with Fetal Alcohol Syndrome. At 5 months old, she was in a car accident that resulted in cerebral palsy, her left eye blind, and a tracheostomy tube in her neck for years. Even having to learn sign language to communicate her basic needs. When she was 12 years old she was diagnosed with major depression. Since then, her life has been a cycle of drug addiction, abusive relationships, and suicide attempts.
Billy grew up in the Texas Hill Country. When he was a child, his mother had terminal cancer and she did the best she could to love and care for him. He was very close to his mother. After she passed away, his father abandoned him. At 14 years old, Billy was left to take care of himself. “I grew up really lonely” he said. For years he was in unhealthy relationships with women. “I became really self centered, I didn’t care about anyone but myself.” With no direction or guidance, Billy was constantly in trouble with the law. Going in and out of jail. He then made the decision to come to California to run away from his troubles. He checked into a rehab and got himself sober from drugs and found a job doing janitorial work.
That’s when he met Amber. She was his neighbor in a low income apartment. They quickly became friends. She said “Billy was the only one that made me feel safe.” He helped her get out of the abusive relationship and then started taking her to his rehab meetings to get her off drugs. He would take her everywhere with him, even to work to make sure she didn’t slip back into drug addiction. Amber provided Billy with the warmth and stability that he needed. He said “Amber is the most caring woman I know.” The two became inseparable. For the first time in their lives, they were both in a loving and supportive relationship. “She is the reason I live, she is my world. We may not have much money, but we are rich when it comes to love.