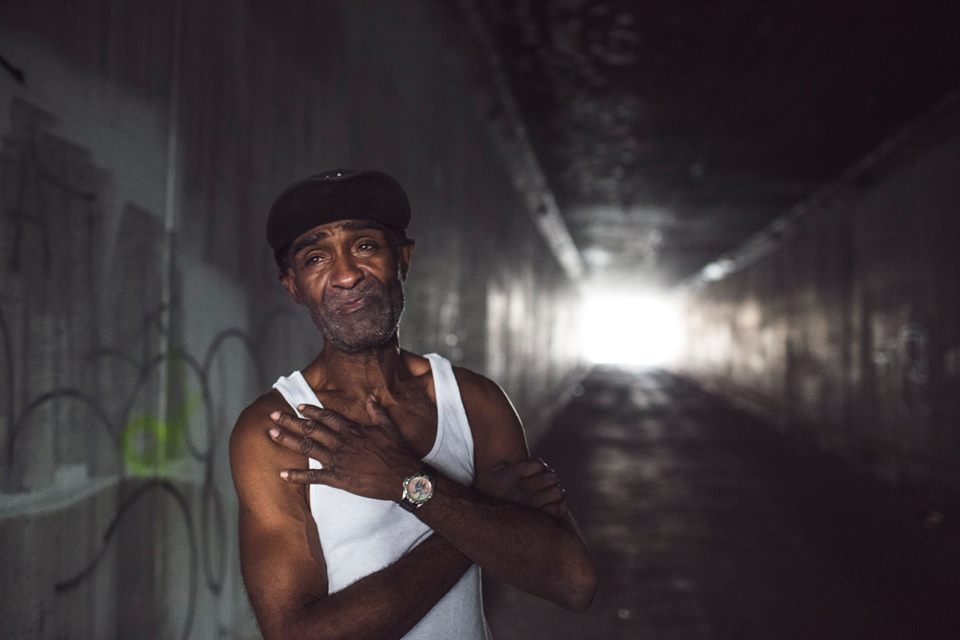 He greets people with a warm smile.
There is gentleness and empathy in his eyes.
And he has an incredible voice!
Tracey has been homeless for the past 7 years. He is lives in a tent along the LA river. He has AIDS and cancer. He sang for me in the tunnel leading to the river because the acoustics are better. He sang songs that he wrote himself and the lyrics were so beautiful and moving. He said he once was a singer, but after some difficult times in his life including periods of major depression and suicidal thoughts he ended up on the streets. He survives by finding food in the dumpsters of restaurants, markets, and produce vendors. He also makes an effort to care for other homeless people around him, including helping feed them. We walked around downtown, had dinner together and an amazing conversation on life. We ended our time with a warm embrace.