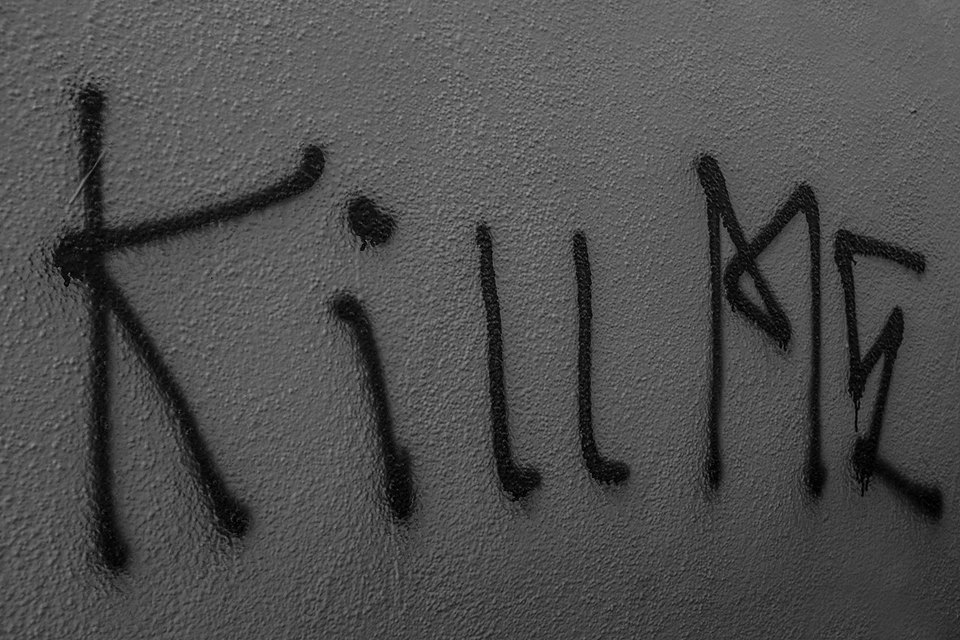 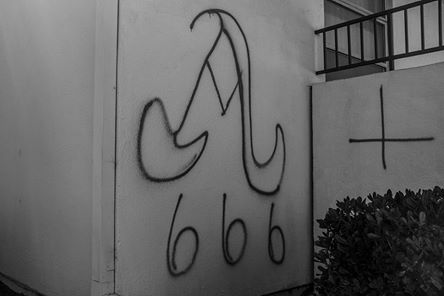 There’s a mormon church down the street from where I live. I go there sometimes in the morning during the week to kick the soccer ball around or take the dogs for a walk. There’s hardly ever anyone around so it’s really peaceful. Today I went there and I saw all this graffiti. The first thing I saw was the 666 on the main church building. There is a small storage building at one end of the parking lot and I saw a kid scooter leaned up on it. I walked over there and just behind the storage building I saw this hispanic kid, spray painting on the wall. “Hey c’mon, what are you doing?” I asked him calmly. He walked out from behind the storage building with his head down and he had that look of ‘oh shit I got caught.’ “Don’t worry, you are not in trouble, but I wanna know something, is this part of a gang thing?” I asked. “No, I do this on my own” he said. “Do you mind if you explain to me what you are writing on the wall?” I asked. Behind the storage building he had spray painted words like Fuck You, Kill Me, Devil, 666. I saw a lot of negative stuff on the wall.

“I’m just really angry about a lot of things” he said. I introduced myself and I sat down and we chatted. He told me his name is Jonathan (but I had a feeling that wasn’t his real name), he’s 16. “What’s your dream in life, what do you want to do?” I asked. He had dropped out of school, he kept mostly to himself, and didn’t have many friends. “I don’t think of my future, I’ve already done a lot of bad shit, I wasn’t even supposed to be alive.” he said. He explained how when his mom was pregnant with him, she went to jail for hitting her daughter. Before the mom went to jail, the authorities had her give birth. He was born with something in his stomach, he couldn’t explain what it was. He showed me the surgical scars on his stomach and I could see there were parts missing where his intestines should be. “I should have been dead” he said. Talking to him, he seemed like he had a very old soul. Like he’s been through a lot for a boy his age. “I just want to go back to when I was 3 years old” he said, because that’s the only fond memory he has of his life. We talked for quite sometime. I just had the sense he was a good kid. I gave him my number and told him to call me anytime. “Jonathan, I know you went through a lot, stuff I will never understand or relate to, but I just want you to know that you are young, you have a future, you can be anything you want. Call me anytime. You have a friend.” Then we shook hands, and he told me his real name. Then before I left I said, “you are a good kid, I can sense it.” And he said “really?” the look on his face was like he’s never been told that before in his life. “Remember, you can call me anytime!” I said, and I walked back home. An hour later, I came back to the church to take these photos, and I saw a new thing he wrote on the wall, it said KEEP YOUR HEAD UP. 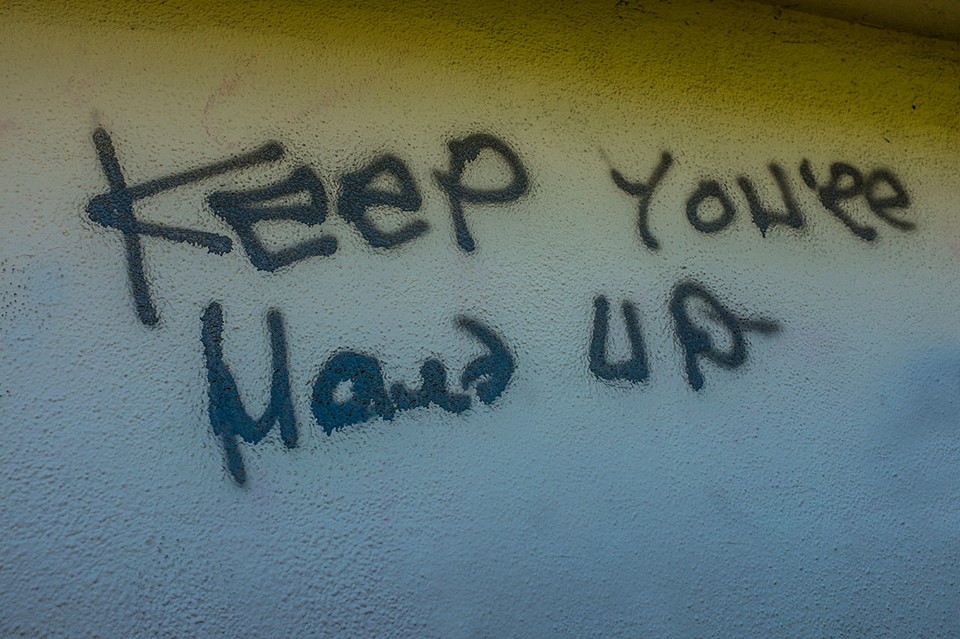