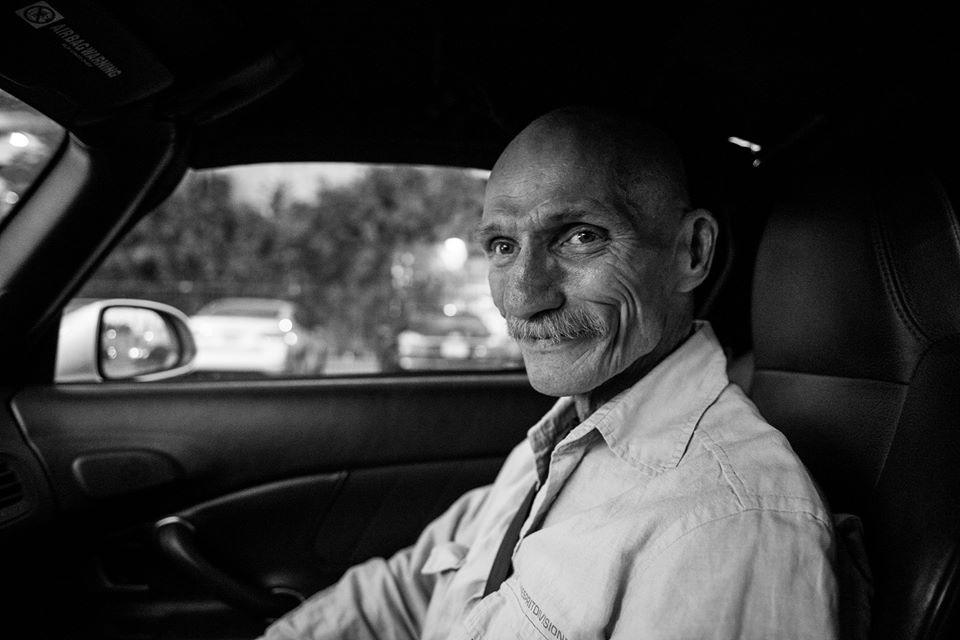 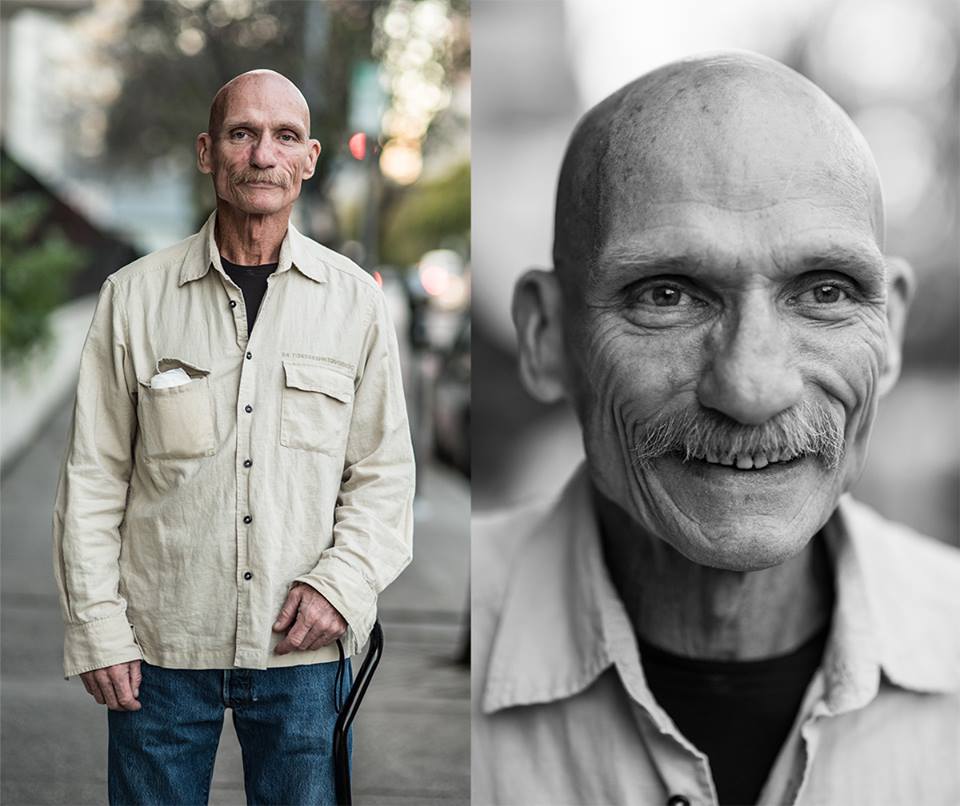 He fiddled with the seat belt in my car, unsure how to put it on. It’s been decades since he’s been in a car. I helped fasten him in, and we were off to get some dinner. Rick has a lot of things to relearn, to catch up on. Just a few months ago, he was released from prison after 20 long years. “I even have to learn how to talk to normal people in society again” he said. Although he was puzzled by why people nowadays spend so much time looking at their cell phones. “People’s attitudes have changed” he said. Everywhere we went he looked around with a wide-eyed gaze and curiosity. But he appreciated the simple beauty of things. Like when we were at the mall, he just stared at a fountain for a while. “Isn’t it beautiful?” he said to me. Rick just wants to feel happy. “I’ve been angry most of life” he said. Just after he was born, Rick was given up to an orphanage. He never knew or found his biological parents. He was shuffled around foster homes, often times being neglected and abused. “It’s like they only cared about the money they got” he said. Even after being adopted into a good family, Rick remained an angry person. “I never wanted to hurt anybody, but I wasn’t happy” he said. Drug addiction became his escape, followed by petty crimes to keep up his habits. He was in and out of jail for more than half his life. “I don’t know if it was my age, getting older, or what, but I just got tired of being in prison” he said. So he was determined to make himself better. He took every study course he could find while in prison; self-improvement classes, Bible classes, vocational training classes. After 20 years, he had piled up a stack of certificates of completion for a variety of courses. He was now in his 50s, and he felt that time wasn’t on his side. Even though he got passed up many times for early release for good behavior, he never gave up hope. But his biggest challenge was yet to come. While serving the last year of his sentence, Rick was diagnosed with stage 4 throat cancer. At one time, he was a very solid and muscular 180 pound man. Now he was closer to 140, skinny and gaunt. When he was released, he had no where to go, so he was sent to Skid Row. He’s been staying in transitional housing for the past few months. His only family and friends are the case managers and social workers helping him. “They’ve been an incredible support to me” he said. Rick is eagerly waiting on getting a place of his own. In the meantime, he’s been receiving chemo and radiation, and going to church a few times a week. “I wanna beat this cancer” he said “sometimes I talk shit to it, saying you can’t beat me, cancer, I’m gonna make it. I feel like God has a purpose for me. He didn’t bring me out of prison so I would just die. I wanna start fresh again. To start over…and be happy for once. I haven’t felt happy in a long time.” I asked him what’s the first thing he’s going to do when he gets his own place, he answered; “I wanna get a dog, they are so loyal, they can read your feelings, they love you fully.” And just the thought of it, I could see a bit of happiness on his face. 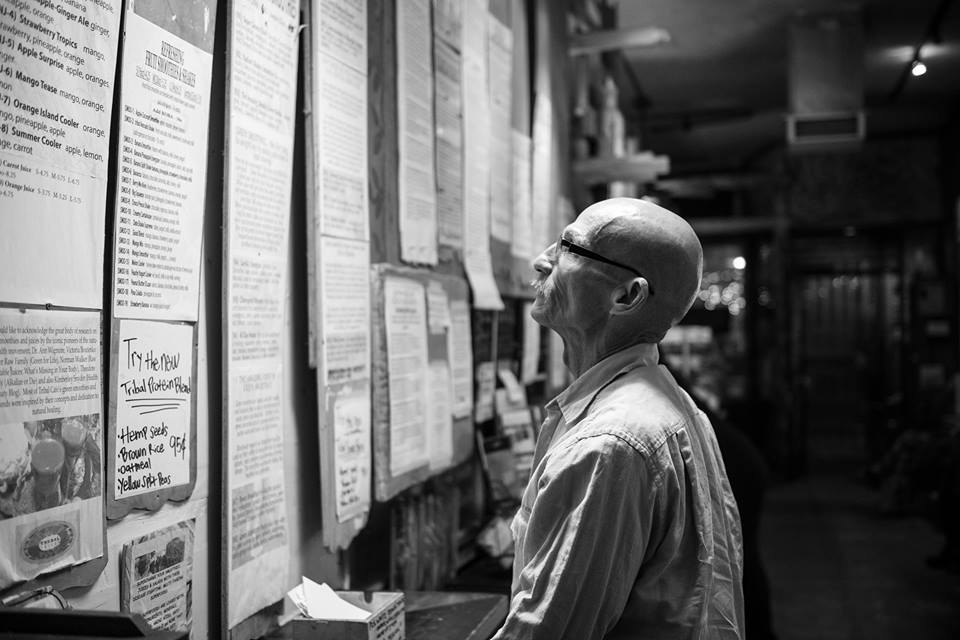 Rick looking at the very extensive menu at Tribal Cafe in Los Angeles. 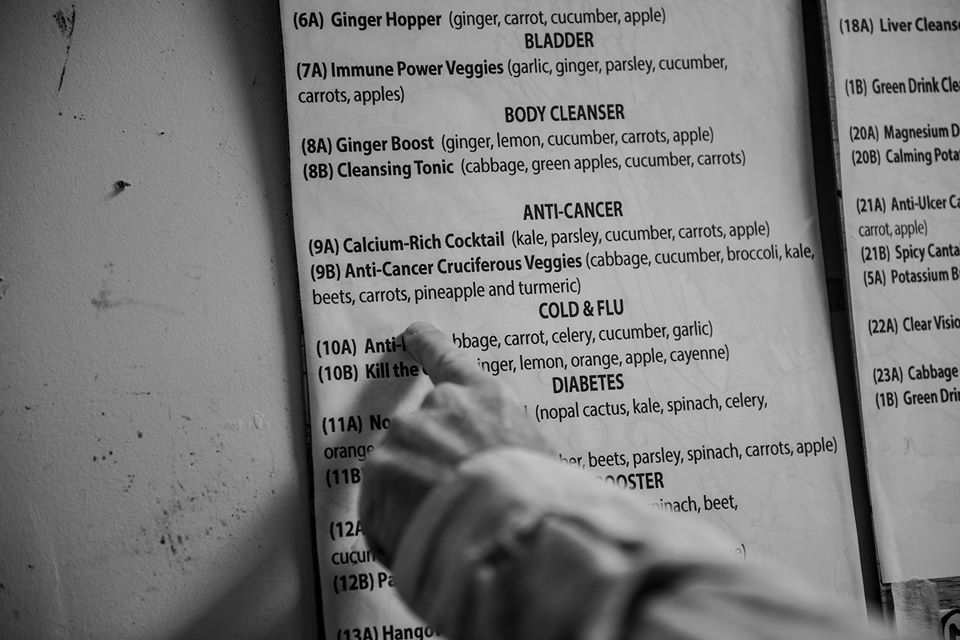 He was thinking of getting the Anti-Cancer drink, but he opted to get the peanut butter chocolate smoothie. 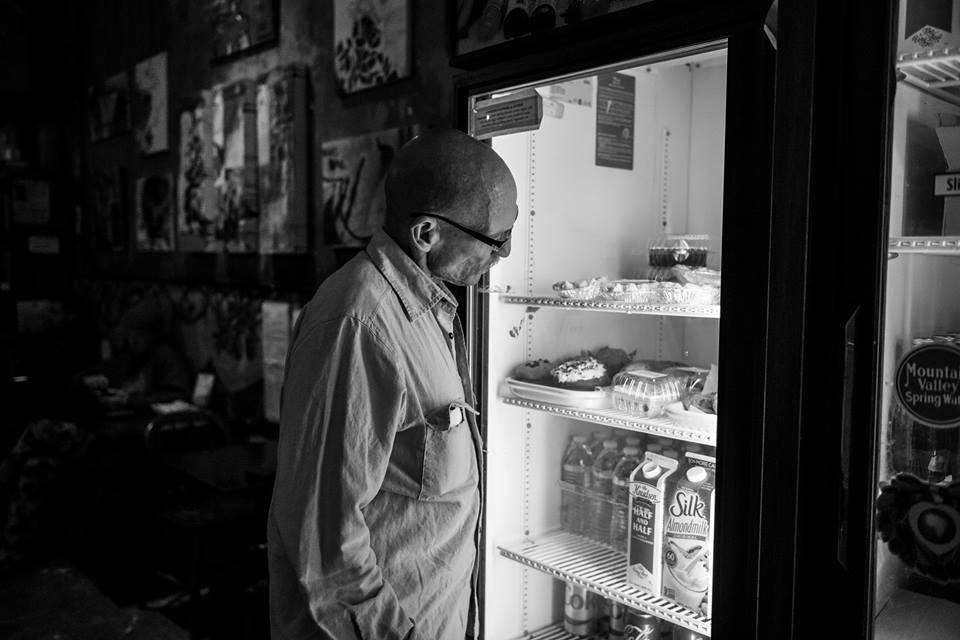 Rick had this curiosity about everything. He looked at things as if he was discovering a new world. 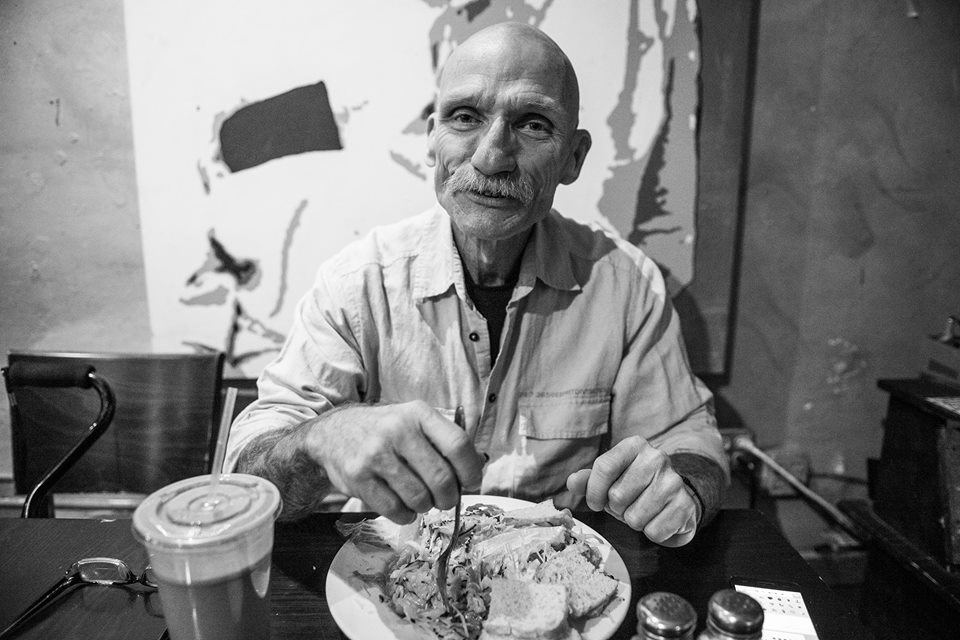 It’s actually really difficult for Rick to eat because of the cancer, so he was only able to take a few bites of the salad. He hardly has an appetite nowadays, and doesn’t have much energy. He still tries to maintain a positive attitude.