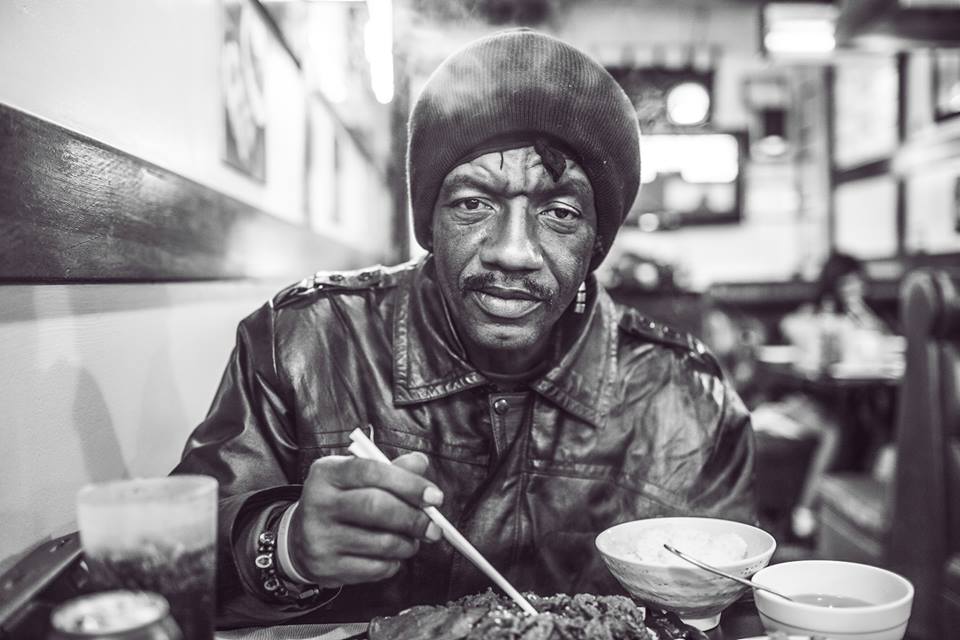 When TC was a small child he was crying on the street alone. His father was in jail and his mother was in the hospital because his dad had beat her up so bad. At that time, his sister got molested by a neighbor. He was 10 years old and the man of the house. He felt powerless. Until some older guys offered to protect him and his sister by beating up this neighbor. It turns out these guys belong to the Bloods, one of the most notorious street gangs of Los Angeles. They became his new family. He lived a life of violence, robbery, hustling drugs, and weapons. Often in and out of jail. He quickly rose to become one of the highest ranking members of the gang. What turned his life around was when he was shot in the head by a rival gang, he had a near death experience that led him to place his faith in God. Now TC lives his life to improve the world around him. When we walk the streets of Skid Row, it seems everyone knows him. He is complimenting people, hugging people, giving fist bumps to his many friends, breaking up fights, and organizing meetings for social justice/advocacy for the homeless. He lives in a tent on 5th street and Stanford Ave. Come visit him. He will offer you a chair and challenge you to a good game of chess.