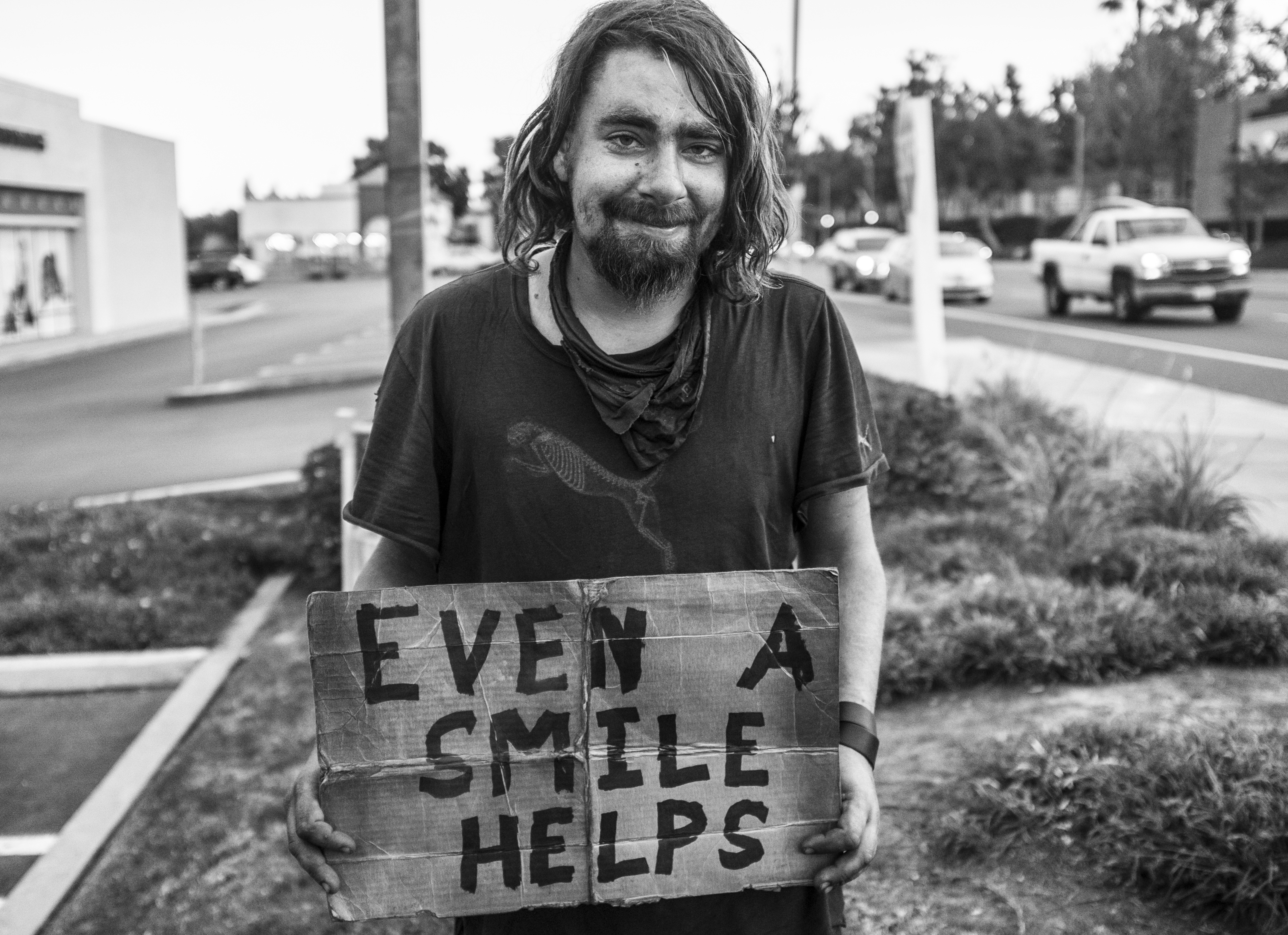 I met Chris and his dog Echo at a park in Rowland Heights. Chris had a bad limp, he told me he injured it while train hopping. He’s originally from Minnesota, and he’s been on his own since he was 16. He’s been traveling all over the country for the past few years with his beloved dog. “I was working long hours, making barely enough money to pay for my apartment, and I was too tired from my job to enjoy life” he said. So he decided to go on a great adventure. “I always wanted to travel and see other places” he told me. Chris saved up enough money to travel for 3 months, but that 3 months turned into years. “I met so many amazing people on my travels, and it made me more open-minded, and I definitely have more confidence in myself. I used to be an angry person, but now I’m so much happier. I have everything I need (pointing to his duffle bag), I got my dog, my friends, and everyday is a new experience” he said. He communicates with his dad often, sending him photos of his adventures. His dad even flew out to visit him in California. “He is really supportive of what I’m doing, he’s always telling his friends about what I’m up to” he said. Chris and I chatted for a while, and he shared with me some stories of his travels. I found him to be very bright, resourceful, well-read, and idealistic. I could also see how much he loved his dog. “We’re always together, I had him since he was only a few weeks old, and he’s real protective of me, he’s definitely saved me and my friends a few times” he said. I gave Chris a care package, and took him to Petco to get some things for his dog. I offered to buy Chris dinner, but he said he had enough food. “I’m on my way to go back East for a while” he said “if I don’t see you again, it was really great to meet you” he added. We exchanged contact info, and gave each other a hug. I asked him “Hey Chris, what would you do if you eventually settled down somewhere?”, he answered “I wanna be a glass blower.” 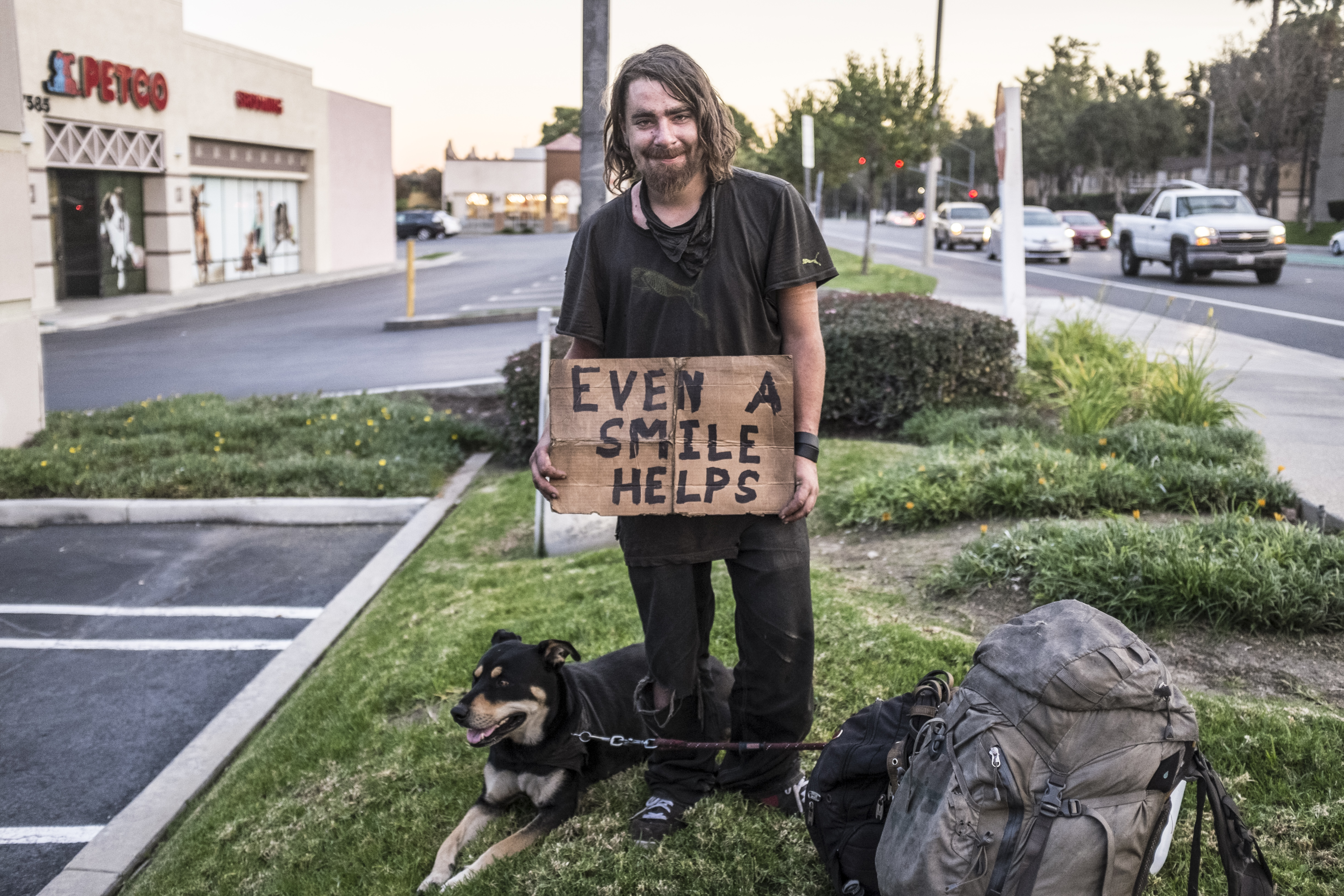