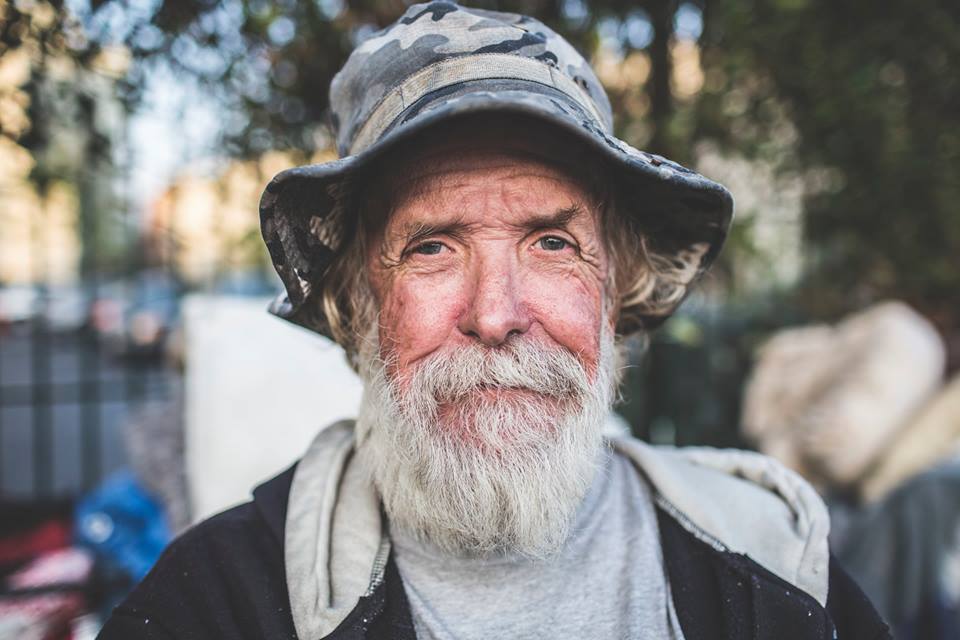 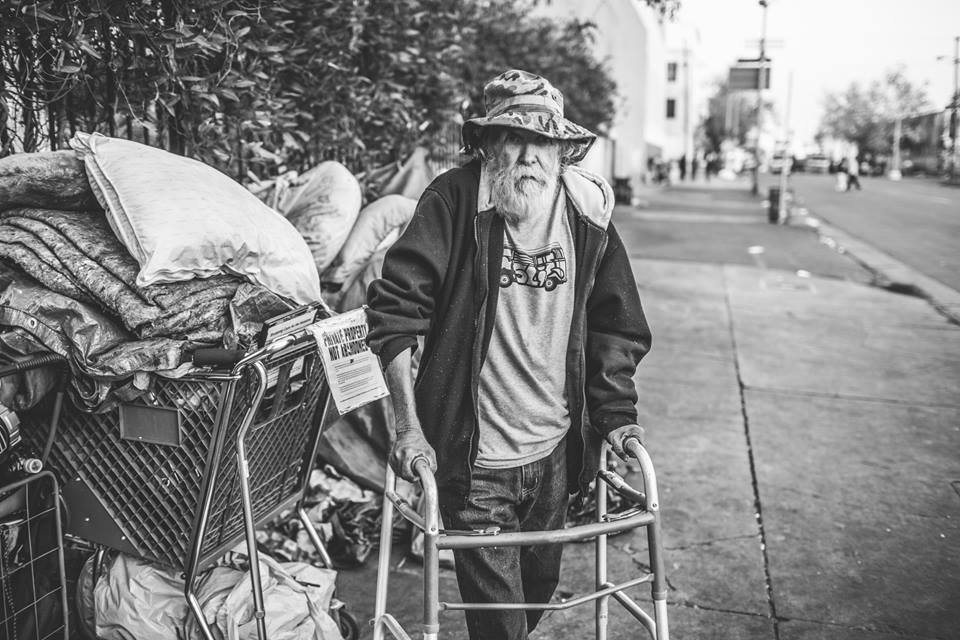 The nightmares and flashbacks were so severe that he couldn’t function. Roy suffers from PTSD or Post Traumatic Stress Disorder, as a result of seeing combat during the Vietnam War. To this day he can’t talk about what he experienced. When he left the army, he couldn’t make a normal life for himself. He had difficulty connecting with people, and also has major claustrophobia. So he can’t be in enclosed spaces for very long. Unable to hold a regular job and without family support he became homeless. He kept mostly to himself. Living in isolation. Struggling with depression and anxiety attacks. Then earlier this year, Bob had a stroke. After spending a few weeks in the hospital, he was sent back out to Skid Row. But to his surprise, all his stuff was still there. In the same place. Nothing was missing. Because his neighbors had been watching it for him. Roy was quite weak and had difficulty walking. So they got him food everyday, and even helped him with his exercises so he could regain his strength back. Slowly he began to open up and let people into his life. Roy never had much of a family. But now he found it on the streets. And he is on the road to recovery, and he is not alone.