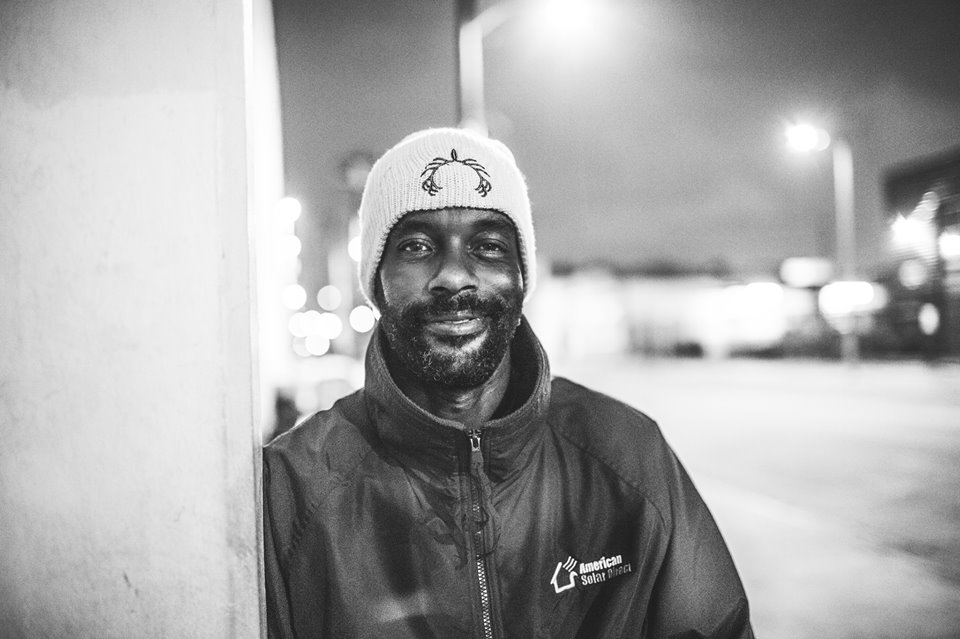 Larry was hungry…for books. Every night I went to Skid Row I would visit him and bring him new books to read. That’s how our friendship began. He would devour through Stephen King novels in a day. He kept to himself on a quiet street. Left alone to enjoy his books. To be “sucker free”, according to Larry. In other words to stay out of trouble. He slept just a few blocks from San Julian, a street known for one thing: drugs. And that’s how he ended up homeless. 15 years of his life, living on the streets, because of his addiction. He knows San Julian all too well. It was his personal hell. Losing his job, alienated from his family, not bathing for weeks, because drugs were the only thing he cared about. But that was in the past. Now he lives drug free, quietly learning to forgive himself. On many evenings, Larry and I would talk for hours about books. He even dreams of writing a book someday. He would excitedly tell me his story ideas, how it would begin, the intriguing characters, the exciting plot, but he had a hard time coming up with a proper ending.
Just days ago, a man walked by his street and Larry instantly recognized him. It was his childhood friend. Larry found out he was in charge of a transitional house on Skid Row. A place that offered free room and board for 9 months to help people find a job and get back on their feet. Spaces at the transitional house are very limited, but his friend offered him a spot. His friend even helped Larry get into contact with his parents whom he hadn’t spoken to in years. Larry begin to have tears in his eyes. “It’s time for a change, John. It’s time to get off the streets. 15 years is long enough.”
I will miss my friend Larry. Seeing him every night and our late night talks. But at least for this story, there may be a happy ending after all…