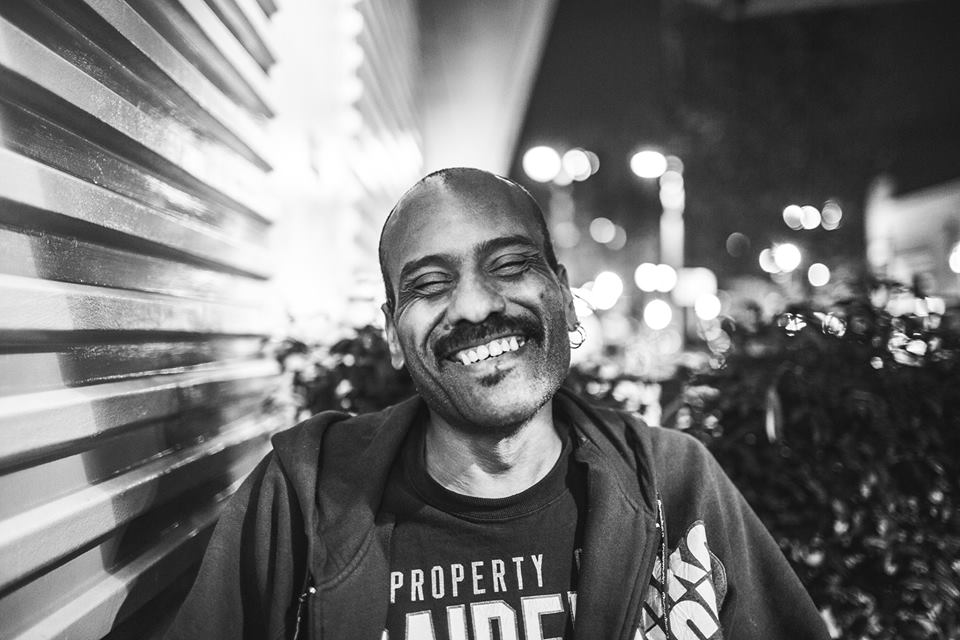 Kenny showed me the numerous scars on his arms, they were self-mutilations going back to his childhood. He has been in and out of mental institutions since he was a teen. He’s been on 25 different psych medications for most of his adult life. His psychotic episodes kept him from holding onto a steady job or maintaining relationships. Homeless and friendless, almost everyday he talks himself out of jumping off a building to end his life.
But what keeps him going is his love for writing music and poetry. During dinner, he sang for me songs and recited poems he had written. The words were full of beautiful meaning. He walks the streets of downtown offering to write poems for people in under 2 minutes for a small donation. He will not beg for money. He makes just enough so he can eat for the day. Every poem he writes for someone he brings in the theme of being true to yourself. He wants people to feel better about who they are after they read the poem he wrote for them. Perhaps because his whole life he struggled to fit in.
He dreams of one day having a place to live and recording his own music. Writing songs that will inspire people to embrace who they are.
Throughout the night, Kenny kept thanking me; “I really appreciate you taking the time to listen to me, because I don’t have any friends.” Before we parted ways, he wrote for me a poem about passion, chasing our dreams, and being connected with fellow human beings.

“The passion of our wants, our spirit commends. There is no end to souls quest. What we want is what we are best at. How can destiny be fake. It would not be destiny. Fade away from slavery in the form of corporate ties. Our tie is to the human race, many diverse faces are ours.” 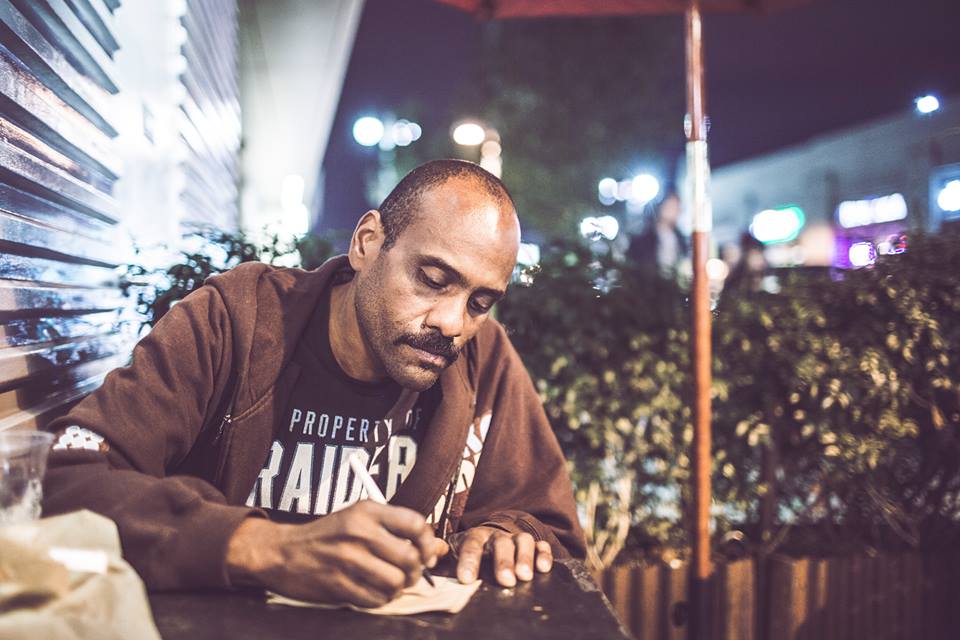