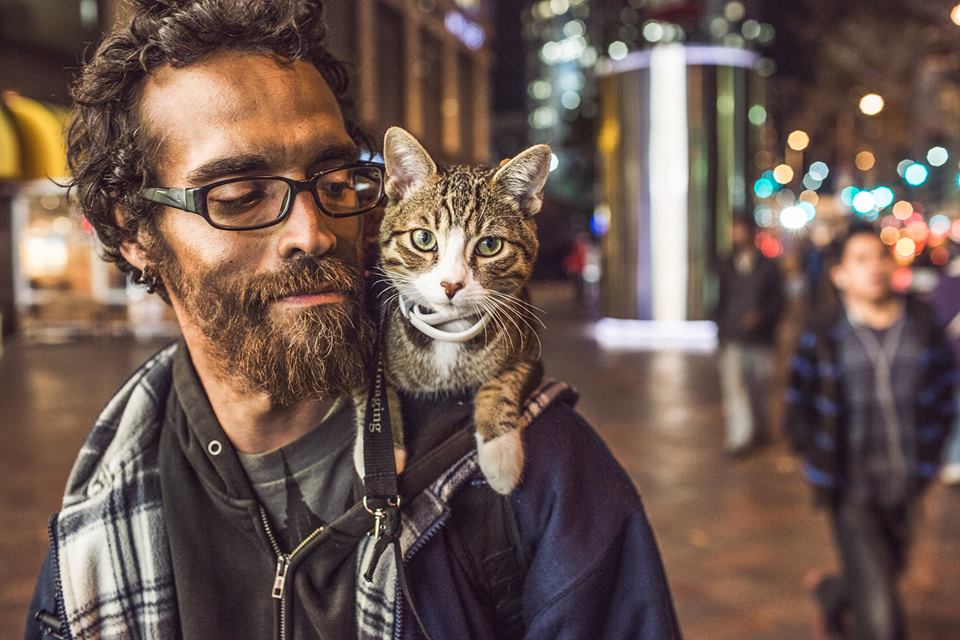 Matt was a well-to-do independent contractor. He lived in a nice home and had a lovely wife. An accident left Matt permanently disabled. The medical bills left him bankrupt. His home was gone, and so was his wife. Unable to find work, living on the streets, he became so depressed that he contemplated suicide. One day, he saw some people abusing a cat in an alley way. The cat ran to him shaking in fear and from then on they became inseparable. Now he had a reason to keep living. Taking care of the cat helped Matt come out of his depression. Matt and his faithful companion wander the streets of downtown looking for work or rely on the kind donations of strangers. He dreams of one day getting off the streets and working for an animal welfare organization. Because according to Matt “this cat kept me from going insane. I didn’t rescue him, he rescued me…”