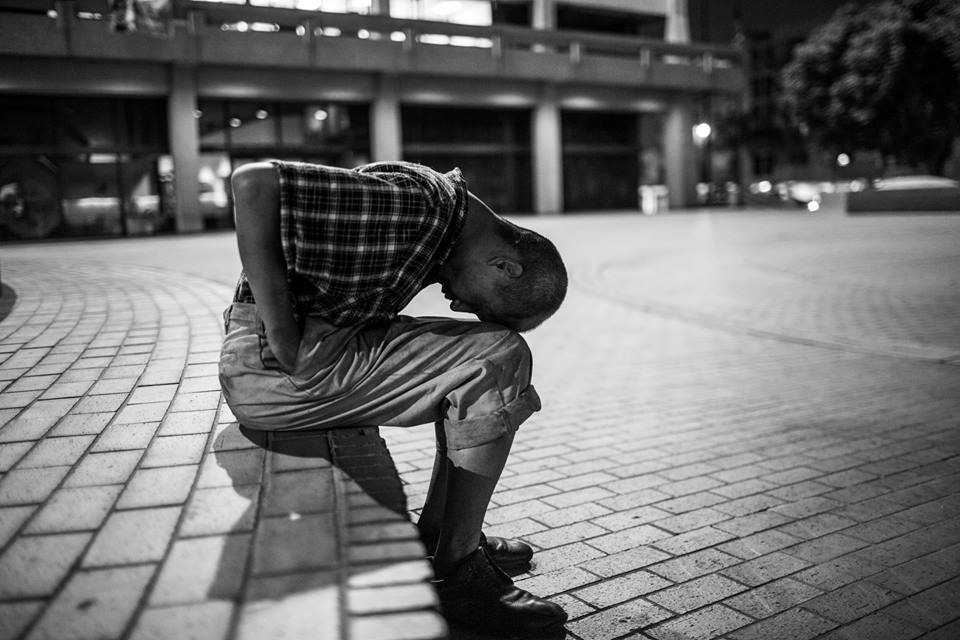 Sean suffers from severe depression, paranoia, and psychosis. The last few years he has either been in a mental institution or in jail until Skid Row became his home. He is still imprisoned. Tormented inside the invisible walls of his mind. Unable to sleep. He wanders the streets like a zombie. I took him to get something to eat then I sat with him for hours. He was mostly quiet. And then he gave me a faint smile and said “Thanks for staying next to me…” 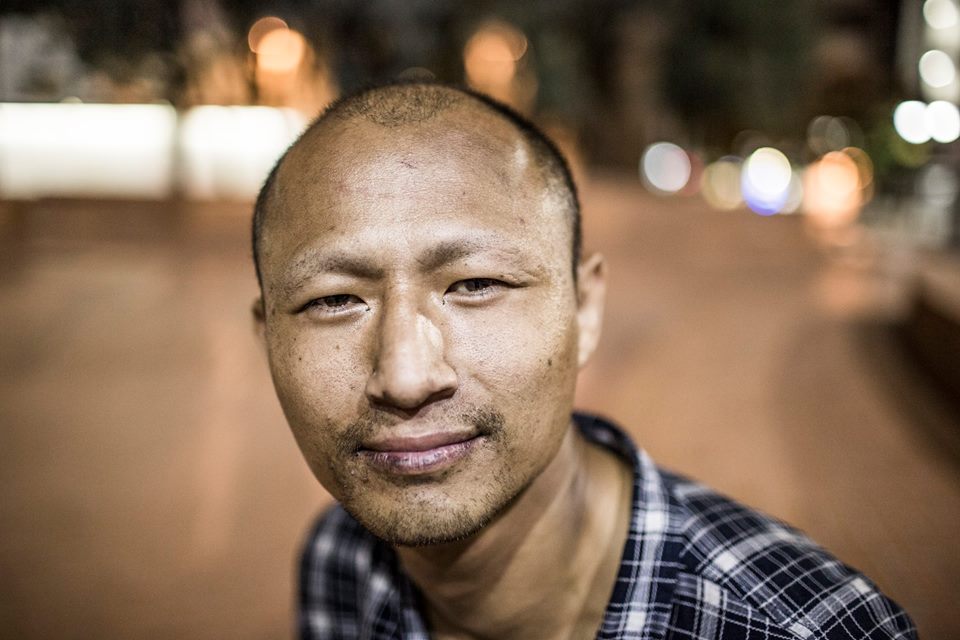