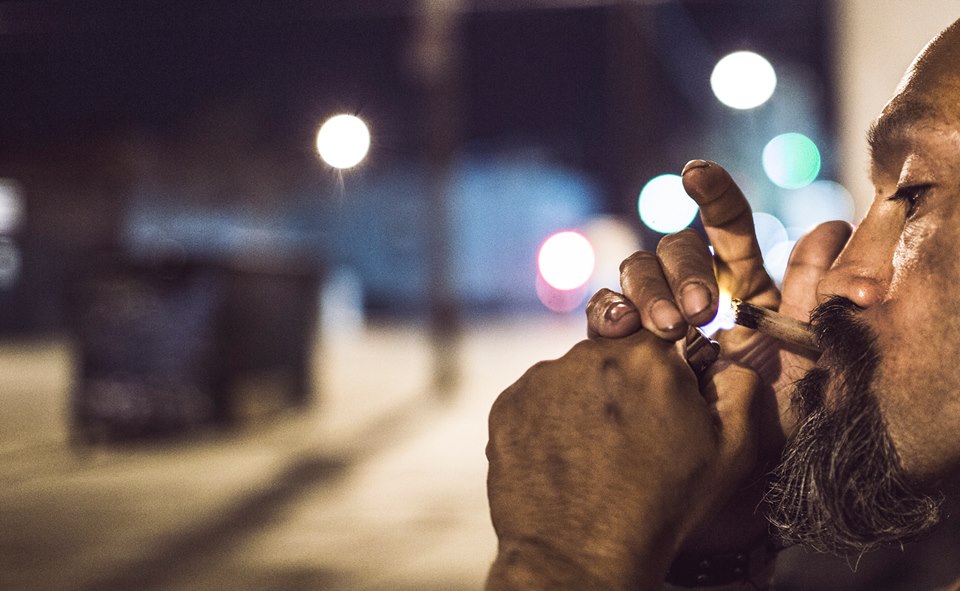 Just a few feet away a drunken man was arguing and threatening to beat his girlfriend. J said to me “it’s none of our business. as long as we stay out of people’s business we live longer.” But I could see how much it bothered him to see the abuse. I could see the tears well up in his eyes. It brought back all too painful memories of his own mother beaten by her then boyfriend. J didn’t grow up knowing his father. He first met his dad when he was 13 years old when he visited him in jail. J remembers spending that day buying his dad soda and cigarettes. He was able to get a handshake and a photo with his dad in jail. That was the last time he saw him. J has been living on the streets for the past 18 years. He has major depression and suicidal thoughts stemming from the many years he was sexually molested by his mother’s boyfriend. He showed me the slit marks on his wrists. J copes with the constant pain by getting high on drugs. As I watched him smoke crack cocaine, I could see his mind slowly go to another place. Where he was numb to all the pain and anguish from past hurts. He begin to recite the poems he has written. Hopeful melodies. Perhaps the one place that remained untouched by all his demons was his beautiful imagination. Wonderful and positive words flowed out of his mouth, as his eyes began to glaze over from the effects of the cocaine. As he sat quietly, I reached over and held his hand for a moment. I whispered a simple prayer.